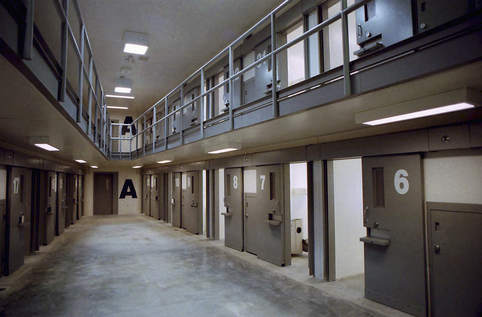 On average, 68 of the 341 inmates at Illinois' Thomson Prison are illegal aliens (The Dispatch)

CHICAGO – A new federal report says that 20 percent of those in federal prisons are immigrants, and almost all of those foreign-born inmates are in the U.S. illegally, contrasting with publicized studies touting how safe embracing illegals is.

Last week, the Justice Department and Department of Homeland Security issued their final quarterly report for 2017 measuring progress since a January executive order by President Donald Trump to crack down on illegal immigration.

The report also found that about two-thirds of all immigrants in the custody of U.S. Marshals Service were in the United States illegally.

The city of Chicago proclaimed itself a safe place for aliens in the U.S. illegally over five years ago. The city's website provides resources for those ignoring federal immigration laws.

Republican Governor Bruce Rauner ignored his party's base and sided with General Assembly Democrats last summer when he signed into law a measure allowing law officials to not comply with federal immigration policies when detaining a person in the U.S. illegally.

"To reinforce Chicago’s status as a Sanctuary City and our commitment to inclusivity for people from all parts of the world in the City of Chicago, Mayor Emanuel and the Chicago City Council took extra steps in 2012 with an ordinance that protects the rights of immigrants, and grants all residents access to city services, regardless of immigration status," the city's website says.

Lake County Sheriff Mark Curran, who was first elected in 2008 as a Republican that had converted from the Democrats, encouraged Rauner to sign the bill into law saying "Welcoming" localities that embraced illegal aliens were safer.

“I’m a rule of law guy, yes, but you can’t have a history where we had wide open borders, where we didn’t enforce these laws forever because we desperately needed the labor and knew that our immigration process was screwed up … and then 20 years later tell them, ‘You’re here illegally,” Curran told the Sun-Times left-leaning columnist Mark Brown.

“In order to police these communities, protect these communities from the true predators, you have to be able to pull up with lights and all and not have widespread fear and panic among citizens that really have nothing to do with the crime.”

A study done last year at the University of California last year found on average, counties that did not comply with ICE requests experienced 35.5 fewer crimes per 10,000 people than those that did. They also found that counties that did not comply with detainer requests had higher household incomes, lower rates of unemployment, lower rates of poverty, and were less likely to have children under 18 in households receiving public benefits.

The focus of the federal study reports on how the system is adhering to President Donald Trump's executive order issued immediately after his inauguration in January 2017 that called on states to:

(b)  Make use of all available systems and resources to ensure the efficient and faithful execution of the immigration laws of the United States;

(c)  Ensure that jurisdictions that fail to comply with applicable Federal law do not receive Federal funds, except as mandated by law;

(d)  Ensure that aliens ordered removed from the United States are promptly removed; and

(e)  Support victims, and the families of victims, of crimes committed by removable aliens.