Illinois federal lawmakers line up according to politics on tax reform 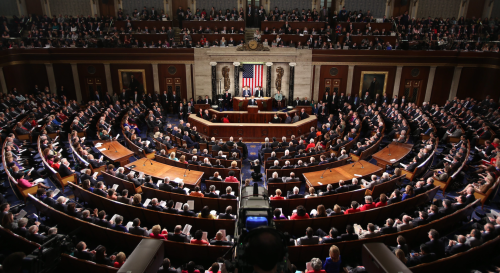 WASHINGTON – Despite being billed among the "high tax" states, Republicans representing the state of Illinois lined up in the U.S. House to support a measure to cut taxes for many Americans, while lowering the federal corporate tax rates.

All Democrats representing Illinois – including U.S. Senators Dick Durbin and Tammy Duckworth in the other chamber – opposed the tax reform measure.

“There were two major things that I wanted to accomplish for Southern Illinois through tax reform: growing jobs and growing paychecks," Bost said in a statement. "This tax reform bill paves the way for both.

"We’ve reformed the tax code to let working families keep more of their paycheck to spend as they see fit. Whether that be saving for college, raising a family, or preparing for a rainy day, I trust the taxpayers to keep a closer eye on their hard-earned dollars than any Washington bureaucrat ever will. We’ve also taken steps to encourage businesses large and small to expand operations at home and invest in the American worker.”

Bost's office sent out these bullet points for review:

For individuals and families, the Tax Cuts and Jobs Act:

For job creators of all sizes, the Tax Cuts and Jobs Act: