Letter to Editor: High Colorado is not an example Illinois should follow 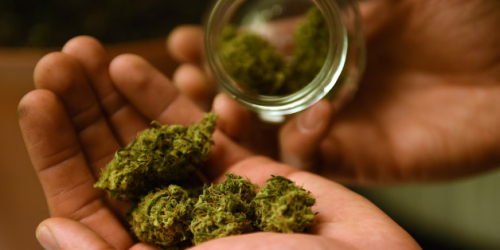 Letter to the Editor

While Big Marijuana pours millions into Illinois to legalize marijuana, Leftist lawmakers, giddy about a tiny new revenue source to aid their insatiable spending, ignore the unmistakable damage legalization is causing in Colorado. Those nasty facts are hard to escape.

Colorado now ranks #1 in the entire nation for marijuana use among teens, scoring 55 percent above the national average, so says the National Survey on Drug Use and Health.

Based on alarming research by the Denver Post, drivers in fatal car crashes who tested positive doubled since legalization.

Residential neighborhoods reek of marijuana as do warehouse growing operations along major freeways.  As if that isn’t enough, the Colorado homelessness growth rate now ranks among the highest in the country.

The bottom line is this: Does Illinois want more drugged drivers on our roads, more buzzed employees on job sites, and more stoned students in our homes and schools?

If the answer is no, don’t remain silent. Tell your state representative and senator to oppose legalization efforts before it is too late.