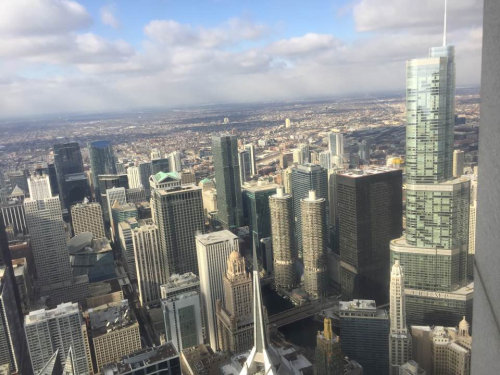 In it, the organization reprimands the governor and "his liberal wife" as being Democrats, "work[ing] for Obama" and being friends with Chicago Mayor Rahm Emanuel. The statement refers to Rauner as an "unmitigated political cancer" and a "double agent" with ties to the Daleys' "political organized crime family."

The statement focuses on Rep. Ives as a leader in the state's conservative movement that has been "the most vocal spokesperson for conservative values" in Springfield.

We the CONSERVATIVE Republicans of the 11th Ward congratulate CONSERVATIVE Jeanne Ives for her courageous decision to run for Governor of Illinois.  She has our unequivocal endorsement for this important position.  Her integrity and character are unquestioned.  Illinois needs serious CONSERVATIVE leadership to save us from the brink of disaster.  Jeanne Ives brings a breath of fresh air to the race for governor.

Whereas Jeanne Ives has been the most vocal spokesperson for OUR CONSERVATIVE values in Springfield government and politics,

Whereas liberal Bruce Rauner and his liberal wife who worked for Obama has proved our 11th Ward correct in our warning 4 years ago, namely that Rauner is indeed a Democrat and friends with Rahm Emanuel,

Whereas Ives has led the conservative fight in Illinois to stop illegal immigration, and stem the political tide of corruption from Cook County poisoning all Illinois,

Whereas Rauner has coddled the Muslim voice by welcoming them to a seat at the table in Springfield, simultaneously oppressing all conservative Christians by forcing us Christians to violate our religious beliefs or leaving our roles in politics and in our own government,

Whereas Rauner is an unmitigated political cancer metastasizing Illinois to an undeniable political miasma, evidenced by his designating our state of Illinois as a liberal "sanctuary state" for illegal aliens,

Whereas  it is painfully obvious that  Rauner is  a double-agent even before he appointed Democrat Bill Daley, brother of former mayor Rich Daley, to his transition team (that is the political organized crime FAMILY),

Whereas Jeanne Ives' FAMILY is a patriotic American military family (husband & 5 children) , and she herself is a West Point Graduate,

We the Republicans of the 11th Ward of Chicago, IL, proudly endorse Jeanne Ives to be our conservative standard-bearer and Governor of Illinois.

At a time in Illinois' history when an incumbent "Republican" governor is behaving like a raving socialist Democrat, and is indeed working for the Liberals, the voters of our state deserve an opportunity to elect a candidate who will truly live up to family values and fiscal responsibility.  Jeanne Ives is that candidate.  We urge every Republican primary voter, and former conservative democrats to support her in the upcoming primary election on March 20, 2018.

Our United States of America is in a Civil Cultural (POLITICAL) War, in which the Liberals have been defeating us Conservatives for 30 years, in battle after battle. They, the Liberals are about to silence our Traditional Christian American voice! Rauner and his wife are committed, morally-bankrupt Liberals. JEANNE IVES is a committed Christian American.