Di Leo: 2018 Begins with a Cornucopia Created by Tax Reform 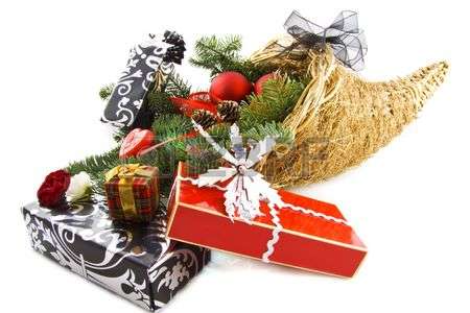 We've all heard the stories about how several big companies decided to give bonuses immediately after the December 2017 tax reform was passed… but the mainstream media quickly dropped the story.

What we haven't heard about over the past week or so is how the list of companies has grown. (compliments to the good folks at Americans for Tax Reform for committing to build a running list online).

Some are relatively small businesses, like banks that have a couple hundred employees… but it's remarkable how many big companies have jumped on the bonus bandwagon too. For example:

The list is up to about a hundred so far, and that's just of the known, publicized companies joining this bandwagon. Obviously, lots of companies wouldn't issue press releases about it, for various reasons, so we can assume the real impact is broadly distributed nationwide, below the PR surface.

Another interesting aspect of the story is some of the other ways that companies have chosen to implement their response. It's not all about $1000 one-time bonuses for employees: For example:

As we review the list (which ATR is publishing with revealing, parenthetical quotes from the companies’ announcements), we see that a number of important conservative predictions have rung true:

Over the years, conservative pundits and politicians who advocate for tax cuts are most commonly assailed by Leftists who insist “but the fat cats will just keep it to themselves!”

But most will not. Most companies receiving a tax rate reduction will put it into their businesses and communities in some way, either by increasing salaries and bonuses, by funding local charities, by expanding their facilities, by increasing their staff, or by broadening R&D or product offerings.

The Left will demand that they promise which of these things they’ll do – or even mandate that it be done in certain ways, or they don’t get the tax cut! They simply cannot, will not, accept the fact that if we offer the private sector the freedom to operate, they will do the right thing, according to their situations.

Some companies already have a good pay range; for them a one-time bonus might make more sense. Another company might have an uncompetitive base salary range; for them the across-the-board increase in starting pay is more logical.   Some companies already have competitive pay ranges for their area, so helping the community by sponsoring kids’ sporting leagues or funding a center for the disabled might be the best thing they can do.

The key is this: the companies will find a wide array of ways to put their money to use, now that the federal government is taking less from them. And all these ways – in salary, in R&D, in expansion, in charity, and so many more – are good for the community, and good for the country.

We don’t need to micromanage the business community; they’ve been micromanaged way too long already, to tragically deleterious effect.   We need to let the private sector decide for themselves what to do with their own money; whatever method they choose, it will always be better than sending it to Washington, where the politicians will just light a match to it by the pallet-load.

It is a joy to be able to say to the Left that “We Told You So…” but more importantly, it is good to have this real-world set of examples – growing by the day – that show the immediate results of conservative tax policies.

The longer term results are even more important, but harder to capture in numbers. Consider the future for those receiving these benefits:

We have only scratched the surface here.   The story on the 2017 tax reform is yet to be told, since its effects are only beginning to be felt.

But there can be no doubt: as Steve Allen said in the song that made Steve and Eydie’s career, back in the days of John F. Kennedy’s successful tax cut, “This could be the start of something big!”

John F. Di Leo is a Chicagoland-based Customs broker, writer, and actor. His columns are regularly found in Illinois Review.

By Illinois ReviewIn a Facebook post on Tuesday, former...
Previous article
Di Leo: In the Coming Boom, Inequality Will Be By Choice
Next article
IL GOP Congress members call on Senators Durbin, Duckworth to re-open government