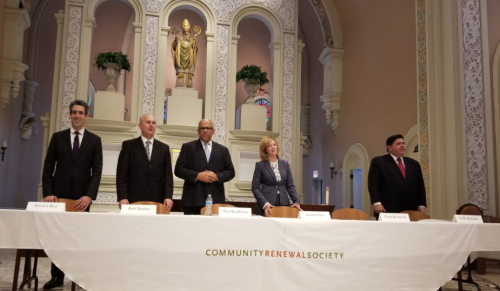 CHICAGO – Monday morning, during a forum of Illinois gubernatorial candidates, Democrat Chris Kennedy – son of the late Bobby Kennedy – walked out when Republican Jeanne Ives said gun violence is linked to the need for fathers in their children's lives.

According to Bryan Ricketts, who was attending the Community Renewal Society discussion, Kennedy walked out when Ives said the answer to gun violence is "more fathers in the home."

Kennedy commented when leaving, "I didn't grow up with a father, because someone shot him."

Chicago violence grabbed national headlines in 2017, as 675 Chicagoans were killed – 627 of them victims of shooting. Chicago has some of the toughest gun laws in the nation.

Ricketts identifies himself as "Notre Dame Student Body President Emeritus and Class of '16/'17":