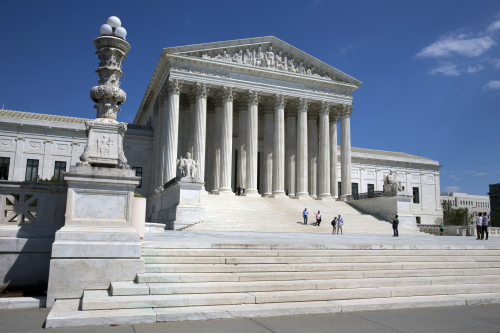 It rained in Chicagoland last night.

That may not sound particularly exceptional, but it’s mid-January, and it’s been very cold lately; we usually get our precipitation in the form of nice fluffy snow this time of year.

But it rained – hard – and that caused the night crawlers, gasping for breath, to climb out of the ground and slither onto our sidewalks and pavements, to escape drowning in the waterlogged soil.

And we humans, being nice folks who never want to take another life without cause, watch our step, as we walk to and from our cars. We try our best to avoid stepping on these worms.

Not out of fear of arrest for murder or animal abuse – the law doesn’t care about worms – but because it’s just natural. We humans have an automatic response: we see a worm on the pavement, and we step over it.

Natural Law and the Government’s Law

While we would sometimes like our written law to match the law of nature, in theory, that’s an impossible hope. Governments simply cannot, and often should not, ban or punish every possible infraction.

There are rules that are only appropriate for handling at the local level (such as right-turn-on-red violations, littering, and minor zoning code violations)… there are rules that should be enforced at the state or federal level (such as kidnapping, robbery and murder)… and there are many rules that government has no business in whatsoever, such as enforcing the dietary restrictions of a religion, or whether a parent tells his kids about Santa, or enforcing church attendance.

The laws that government must involve itself in are the ones in which one person’s action truly harms specific neighbors or society in general. Robbery, murder, drug pushing, bribery, etc.   As the old saying goes, my right to swing my fist ends at the tip of your nose; if I invade your space, the government should step in to protect you from me.

It’s the place to draw the line between those two extremes that has philosophers, politicians, and voters struggling; a line that has remained unsettled for many, many years.

Over the years, governments have tried to draw these lines rationally, with a proper view to which decisions should be up to the individual and which are indeed in society’s best interest to be codified in the law books.

You can’t put everything in the law books, after all. In a republic – with a constitutionally limited government – there are things that government needs to stay out of.  We’ve generally done pretty well in this arena, over the years… with one key exception, dating back to January 22, 1973.

There are other nations on earth where the government does not see itself as a protector of humanity. Many countries have governments that exist to rule, to dominate, even to destroy.  Red China under Mao, Cambodia under Pol Pot, the Soviet Union under Stalin (was there ever such a misnomer as Russia’s effort to give the impression the USSR’s domination by the Russian politburo was a willing union?)… so many countries have been set up to reward those in power and step on their citizenries.

But the United States of America are different. Here, we laid out our purpose for government in the Declaration of Independence:  in our view – the American view – government exists to protect the rights of its people – its citizens – to their life, their liberty, and their pursuit of happiness.  That’s why government is there; it is our servant, not our master.  It is there to protect the victim from the abuser, to protect the innocent from the guilty, to protect the weak from the strong.

While this goal was a noble plan from the start, it took time to accomplish. The blight of slavery took eighty years to end… the carelessness of some employers for the safety of their employees – in unnecessarily dangerous factories or mines – took a few more generations to be dealt with in the law.  Some massive changes take time.

But at least the growth was long in the right direction… toward ever-greater protection under the law, toward ever-greater freedom for the people… until January 22, 1973, when the Supreme Court of the United States released its opinions on two cases, striking down the anti-abortion laws of the fifty states in one fell swoop, with neither constitutional justification nor philosophical reasoning.

45 years on, we now have ultrasound technology that enables us to see a photo, or even a movie, of a baby in the womb, giggling and clapping, happy to be developing, happy to be growing, perhaps, in a rudimentary way, looking forward to the life that he or she is yet to experience.

We didn’t have that technology when the Supreme Court drew on “emanations and penumbras” to create a “constitutional right” for a mother to terminate her pregnancy, a right that has extended far and wide with results that could never have been imagined at the time.

Thanks to these decisions, we now have thousands of so-called “clinics” that exist solely or primarily for the execution of innocent human life. We have churches and synagogues that have twisted their fundamental theologies into pretzels to justify this “new normal.”

And we have a new fault line in American politics that sets one side against the other in a new and difficult way: The side that supports the baby has no visible victim to show, since he or she is hidden inside a mother’s womb.  And by contrast, the side that supports the abortion industry has a very visible champion – the parent of voting age who has been raised to believe that the killing of an innocent child is not a crime, as long as you do it soon enough.

No wonder it is so hard to stop. No wonder the poor children continue to be killed – by chemicals or by weapons – by people who have the audacity to claim the title “Doctor.”

But even after all these years, look out your window, and watch the pedestrians on the sidewalk, or drivers on the roads. Watch how they behave when they see another living creature in their paths.

Americans do have a respect for Life… it’s in our Founding Documents; it’s in our history, it’s in our blood. And we must never give up the effort to put it back in the law as well, by correcting this one terrible error in American law, the greatest legal error in our history:  by relegating Roe v. Wade and Doe v. Bolton to the dustbin where they belong.

God Bless those who work so tirelessly in that effort, and who have, continually, for half a century now.

John F Di Leo is a Chicagoland-based trade compliance trainer, writer, and actor. A former County Chairman of the Milwaukee County Republican Party, his columns appear regularly in Illinois Review. Permission is hereby granted to forward freely, provided it is uncut and the IR URL and byline are included.