Ives: “What the hell is wrong with this governor?” over reports of more Legionnaires’ victims 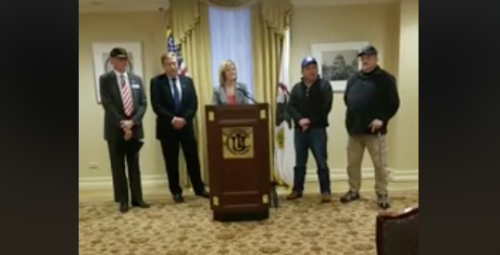 "What the hell is wrong with this governor? Veterans and their families are getting sick and dying, Governor. Get them out of there, now!"

From an Ives campaign press release:

Since July 2015, 13 have died from Legionnaires' disease. Eleven families have sued the state for negligence.

In July 2016, Governor Rauner said his administration was "really on top" of the situation at the Illinois Veterans Home in Quincy.

After that pronouncement, three more people got sick. A Korean war veteran died.

Recently, after his January PR stunt of staying at the home, Rauner told the Crain's editorial board in response to a question as to whether he would've done anything differently in handling the crisis, “We handled it exceptionally well and we would not do anything different."

Since that pronouncement, four more people have gotten sick.

“This is as uncomplicated as it is preventable and tragic. All the talk from politicians like Rauner about how much they value our veterans, about keeping our promises to our veterans, about respecting their service, about helping them when they're in need whatever they need…all that talk," Ives said.

“13 dead. And people keeping getting sick. And the governor who says he's not in charge is living down to that description.

“There's nothing left to say. On March 20, Illinois families will have their say.”

By Illinois ReviewAfter Illinois Republicans suffered massive losses on...
Previous article
Republican primary contenders join call for Madigan to step down over “Sex in the Capitol” scandal
Next article
Government, John Stossel, and the TSA