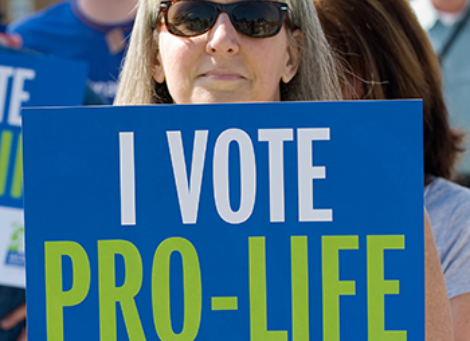 WASHINGTON DC – Republican or Democrat voters that base their ballot picks on the issue of protecting unborn babies will have only one choice in the upcoming Illinois gubernatorial primary: State Rep. Jeanne Ives (R-Wheaton).

All other candidates boast their support for abortion and taxpayer funding of those abortions through all nine months at the discretion of those expectant mothers alone – despite the Illinois Republican Party's platform that highlights its support for protecting the unborn and assisting their mothers through difficult pregnancies.

Friday, the national pro-life group Susan B. Anthony List announced its endorsement of Ives in the March 20th primary, with the enthusiastic support of Illinois resident and former ob-gyn nurse Jill Stanek, who now serves as the group's national campaign chair.

“Governor Rauner’s outrageous betrayal of his pro-life constituents will have political consequences,” said Stanek, now an international pro-life activist, speaker, and writer. “When Rauner flip-flopped on forcing taxpayers to fund abortion on demand, he condemned as many as 3,800 innocent unborn children with the stroke of a pen. The choice before the voters is stark. Illinois families can’t afford another disastrous four years of Bruce Rauner.”

Incumbent Republican governor Bruce Rauner drew the national group's attention when he signed into law a bill mandating taxpayer funding of abortion through the state’s Medicaid program months after stating he would oppose it.

“We are proud to endorse Jeanne Ives, an utterly fearless champion of unborn children and their mothers,” said SBA List President Marjorie Dannenfelser.  “Jeanne is passionately dedicated to fighting for taxpayers and standing up to the extreme abortion lobby. She will lead with courage and integrity.”

Ives said she is "honored to be endorsed by Susan B. Anthony List. Illinoisans’ trust in the Governor’s office to protect vulnerable lives has been shattered. I look forward to restoring principled pro-life leadership in Springfield.”