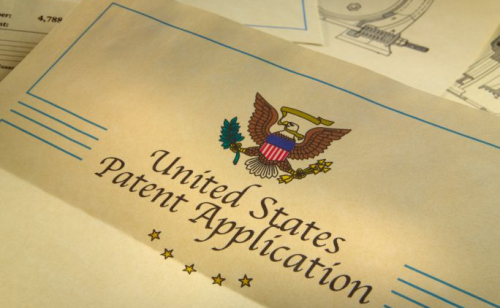 Phyllis Schlafly is perhaps best remembered for leading grassroot campaigns against Communism, abortion and the Equal Rights Amendment. Perhaps less well known, Schlafly was also a champion of inventors, and a defender of a vigorous and strong patent system. Phyllis Schlafly photo as featured on the Society for U.S. Intellectual History website

As related in an article on IPWatchdog.com by Jim Edwards and Peter Harter, Schlafly opposed the American Inventors Protection Act of 1999, understanding the perils of requiring patent applications to be published prior to a patent being issued. She also opposed the America Invents Act of 2011, explaining that it would lead to Chinese dominance.

In the same article Edwards and Harter wrote: “Relentlessly and tirelessly, Phyllis Schlafly fought to preserve, protect and defend the world-class patent system the Founders gave us, which American inventors of all stripes have taken advantage of, to our nation’s great benefit.”

Impetus behind Phyllis’s passion to defend and promote American inventors

Ed Martin, president of Eagle Forum Education and Legal Defense fund describes Phyllis's life-long passion accordingly: “She understood from an early age the importance of American ingenuity.  She observed her own father laboring for years over his invention of a rotary engine, and she saw him protect the property right to the fruit of his intellectual labor with a patent.”

Phyllis Schlafly's father, Bruce Schlafly, upon losing his job during the Great Depression of 1930 at Westinghouse as a sales engineer after 25 years of service, worked on applying his engineering talents on a design for a rotary engine. A patent was finally issued in 1945, U.S. Patent No. 2,373,791, but it was never sold, although Mr. Schlafly did make the newspapers. A science editor considered his engine, which had only three moving parts, to be a noteworthy invention typical of embodying the unconventional concepts typical of the kind of thinking that may bring needed changes in industrial procedures that have remained conventional too long.  In other words, Bruce Schlafly's invention was just way ahead of his time.

In writing about patents, Mrs. Schlafly realized that our Founding Fathers understood how securing individual inventors the right to own and market their original ideas was just as much a part of economic freedom as any other personal labor.

Several years before Phyllis' death, in 2011 she had this warning about The American Invents Act:

“The America Invents Act enable[s] Chinese hackers to steal U.S. innovation secrets while they are in development, then file an application with the U.S. Patent Office under first-to-file, and thereby own new U.S. technology instead of merely stealing it.  Owning the patents will enable China legally to take away ownership rights and profits from Americans who have actually invented these new technologies.  Defense technologies would be a prime target of this threat."

Phyllis was proven right.  The IP Commission later updated its report to conclude that IP theft steals over $600 billion from America’s economy each year, thanks in large part to hacking, also admitting that patent infringement is too difficult to count.

Phyllis Schlafly's interest in patents and inventors because of her father's experience, led her to request the help of Jim Edwards on patent issues in 2006.  What began with some assigned projects became sustained work for Mr. Edwards a few years ago.

As patent policy advisor, Jim Edwards was enlisted to speak on current patent happenings in Washington, D.C. at the Gathering of Eagles held in St. Louis, Missouri from January 18 – 20th, in what was its 50th birthday celebration since Phyllis Schlafly held her first Gathering of Eagles in January of 1968.

According to Mr. Edwards, the U.S. patent system, which is a key element of America's unique constitutional protection of intellectual property rights, has been under assault in recent years.  Patents are a property right.  They secure the fruits of a person’s labor and need to be protected.

Edward discussed the threats associated with the CREATES Act and the Oil States Energy Case.

The CREATES Act, H.R. 2212 is being eyed as a way to cover the costs of the Children's Health Insurance Program as a budget “pay-for" to offset federal spending.  Sen. Patrick Leahy (D-Vt.) is leading the effort in the Senate. The CREATES Act would supposedly save the federal government money on certain brand medicines by facilitating generic competition, but these savings may be fleeting, as the legislation creates an incentive to litigate through an unprecedented tilted cause of action that the CREATES Act would establish.  As such the CREATES Act would spur litigation thereby enriching trial lawyers while threatening the patents of innovative bio-pharmaceutical firms.  Furthermore, the CREATES Act may also stifle the incentive to develop certain cutting-edge drugs, because under the CREATES Act the exclusivity to one’s invention suffers.

In summary, the CREATES act does the following:

In Oil States Energy Services v. Green Energy Group, Sup. Ct. No. 16-712,   the United States Supreme Court granted Oil States' petition for certiorari for the purpose to review for consideration this question:  Whether a bureaucratic tribunal (a non-Article III forum without a jury), rather than the federal courts, can extinguish patent rights.

It has been observed that this case has the potential to bring down the changes made by the America Invents Act against small inventors. It is further believed that any decision by the Supreme Court in Oil States couldn't make the situation any worse for patent owners than they already are, in that a Patent Trial and Appeals Board (PTAB) –  a non-Article III forum without a jury — refuses to consider evidence timely submitted, refuses to allow amendments despite the statute saying there is a right to amend, refuses to issue final decisions on all the claims challenged, making up their own standards rather than to follow statutory tests.  There are no judicial rules of ethical conduct for PTAB judges who decide issues where there are serious conflicts of interest. Oil States likewise presents the real possibility that the Supreme Court will rule that post grant proceedings at the U.S. Patent and Trademark Office (USPTO) violates the Constitution.

Alden Abbott in his September 26, 2017 article, Supreme Court Must Protect Patent Rights, suggests how the Supreme Court should rule in Oil States:

“The best option to fix the Patent Trial and Appeals Board is to get rid of it.  There is a powerful legal case that board review violates the U.S. Constitution, and therefore is invalid.”

Phyllis Schlafly's address on April 21,1988, was presented as part of a Multi-Media production in her role as National Chairman of the Daughters of the American Revolution (DAR) at its National Defense Evening.  Her speech, How American Inventors Changed the Way We Live Economic Freedom — the Key to Prosperity, was reprinted from the November 1988 issue of the DAR Magazine.

This fabulous 1990 You Tube documentary about the history of patents, American Inventors: The Fabulous Story of How Inventors Changes the Way We Live! — produced by the Eagle Forum Education and Legal Defense Fund and narrated by Phyllis Schlafly — was officially recognized by the 1976 Commission on the Bicentennial of the United States Constitution.

More information about Phyllis' father, and mother, and details about her life, her children, and her achievements, can be found in this bio of Phyllis Schlafly, The Sweetheart of the Silent Majority, published in 1981, which is a must read to understand how Phyllis Schlafly developed from a shy young girl to a woman who was both loved and hated. It was written by then rookie freelance Chicago writer, Carol Felsenthal, whose own review of the Schlafly book, The Power of the Positive Woman, resulted in a 1977 cover profile of Schlafly for Chicago magazine, and which then resulted in a full-fledged biography of Phyllis by Felsenthal, her first book.