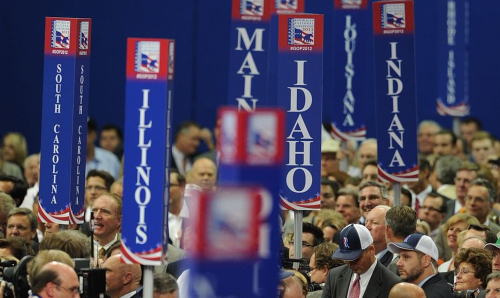 The Democratic National Committee is considering the elimination of super delegates at their 2020 National Convention.

I know many IR readers will disagree with me, but I wish the Republican National Convention would also eliminate non-elected delegates.

When I first volunteered to work for the Illinois Goldwater campaign in 1964, we had no automatic delegates of any kind. Members of Congress, party officials, and at-large delegates had to be elected by primary voters just like anyone else.

By 1980 when I was elected from the 4th District as a Reagan delegate, we still had only 10 at-large delegates ratified by a state convention rather than elected by voters.

As so-called reforms came along in the 1980s, Republicans foolishly copied the Democrats with more and more non-elected delegates. Yes Members of Congress are elected in primaries, but they are not necessarily elected for the specific purpose of voting at the convention.

They do not deserve a free ride unless they are elected for that exact reason by voters who have transparent information about which presidential candidate the delegate would support. Blind primaries help no one except politicians who want to hide their true intentions.

I hope both parties will repeal unwise "reforms" and restore that power that primary voters had 50 years ago when all delegates had to be elected.

By Illinois ReviewIn a Facebook post on Tuesday, former...
Previous article
Where’s Weyermuller? Joining Chicago GOP in Saint Patty’s Day Parade
Next article
Thorner: Article V: Are there flaws in our Constitution, or simply failures to obey it?