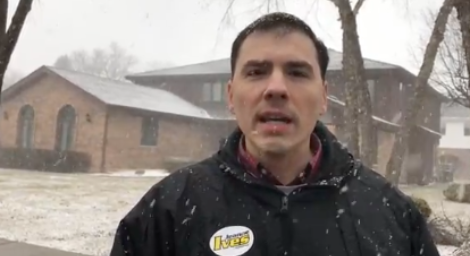 PALATINE – State Rep. Tom Morrison (R-Palatine) is going all out to help his colleague State Rep. Jeanne Ives (R-Wheaton) in her bid to be the IL GOP's gubernatorial nominee in the March 20th GOP primary. He endorsed her early on and has appeared numerous times on Ives' behalf.

"We have no greater fighter for Illinois taxpayers and families than Jeanne Ives," Morrison said.

Nine other state lawmakers are on the Ives for Governor wagon, Morrison said.

Morrison made this video last weekend and shared flyers he's distributing for Ives: