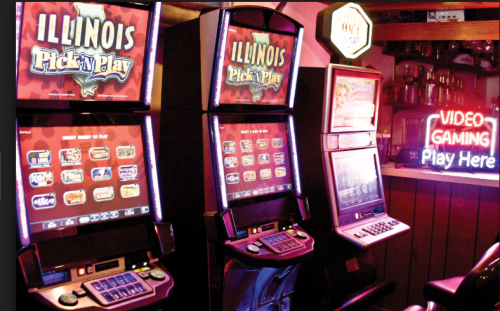 COOK COUNTY – Ninety out of 132 Cook County municipalities have now embraced video gambling at their liquor-serving establishments, but that simply wasn't enough for the Illinois Republican Party chairman Tim Schneider, whose day job is being a commissioner on the Cook County Board.

Schneider pushed through video gambling in Cook County's unincorporated areas, where up until last week they were banned. Schneider estimates that offering video gambling machines in those areas would bring in an additional $260,000 annually from Cook County gamblers that will voluntarily place bets with their hard-earned paychecks.

“This is an opportunity for us to bring in revenue from people who want to pay the revenue, not by forcing something on somebody,” said during a commission meeting last week.

Another Republican leader that also serves on the Cook County Board – Cook County GOP Chairman Sean Morrison – agreed with Schneider's effort. He too said opening the county's unincorporated areas for video gambling would create a "level playing field" for businesses with creating another mandated tax on Cook County residents.

“You gamble if you choose or you don’t,” Morrison said.

Under the 2009 Video Gaming Act, the machines’ owners and operators take 70 percent of the revenues, while the state treasury receives 25 percent and local governments five percent.

Illinois video gambling losses have reached nearly $1.5 billion since 2012, when it was legalized.