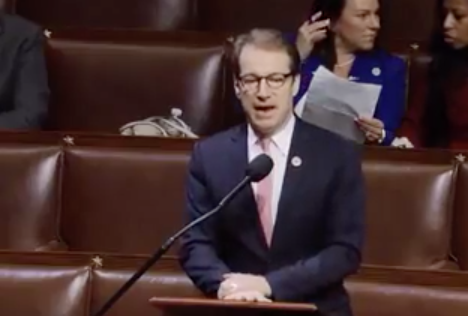 WASHINGTON – A conservative response to America's long-simmering immigration dilemma was defeated narrowly in the US House Thursday, and many were surprised that one of Illinois' leading Republicans voted against the measure – veteran Congressman Peter Roskam.

Roskam, who is normally a dependable Republican conservative vote, joined the Democrat delegation from Illinois and voted "No" on Congressman Bob Goodlatte's H.R. 4760.

What exactly would Congressman Goodlatte's immigration have done, and why would the Congressman – who could be facing a tough election in November – have voted against it?

Why did Congressman Roskam disagree? We're not sure. Despite numerous other position statements on other legislation, no statement addressed his opposition to H.R. 4760. While the bill had 99 Republican co-sponsors, none of them were from Illinois.

Since the measure did not obtain the needed 218 votes, US House Republican leadership says they'll be considering a compromise plan next week.