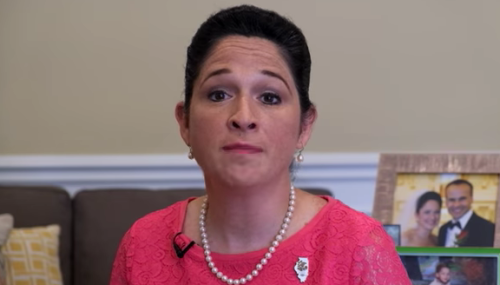 "Rather than embrace this evil policy, President Trump can unilaterally end it – now," Mendoza says. "But he won’t, so it’s up to us to make sure that Congress stands up to the President and his Zero Tolerance Policy of separating families, reset our nation’s moral compass and regain its soul."

With no mention of families who have lost loved ones at the hands of illegal aliens, Mendoza blames Trump's policy for the death of an illegal from Honduras that committed suicide when temporarily separated from his wife and 3 year old child.

"People are literally dying as a result of a cruel Zero Tolerance immigration policy unapologetically embraced by President Trump that has already separated over 2000 children from their parents, forcibly, even as one was being breastfed by her mother," she said.

Mendoza then calls on those listening to actively get involved in resisting the nation's current immigration policy.