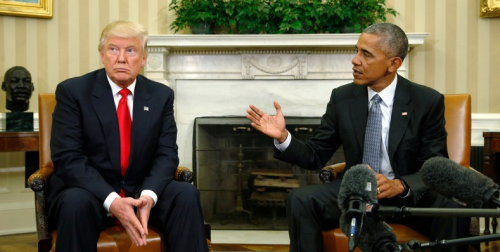 Against racial discrimination. The Trump administration has rescinded guidance that the Obama administration had given to colleges on using race and ethnicity in student admissions. That’s the right moves, says Roger Clegg:

As a legal matter, while the courts have, alas, left the door ajar for this sort of discrimination, they have also placed significant restraints on it. The federal government should not be encouraging schools to do as much of this as they can get away with, which is what the Obama administration’s guidance did. […]

First, it is not just white students who are frequently discriminated against, but Asian-American students as well. Indeed, as America becomes increasingly multiracial and multiethnic — and as individual Americans are themselves more and more likely to be multiracial and multiethnic — it becomes more and more untenable for our institutions to sort people according to what color skin they have and where their ancestors came from.Second, the evidence is now overwhelming that, because of the “mismatch” phenomenon, it is not only the students who are discriminated against who are hurt by these policies, but also those who are supposedly receiving racial preferences. That is, if a student is admitted to and attends a school where his or her academic qualifications are significantly below the rest of the student body’s, that student is less likely to graduate and more likely to flunk out or switch majors, and will receive lower grades — all to the student’s detriment.