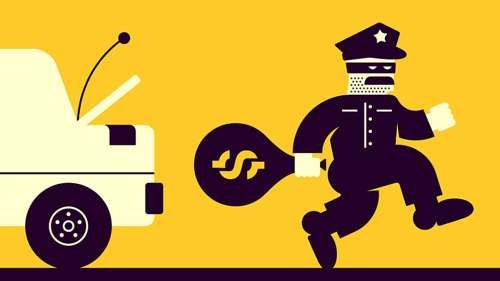 C.J. Ciaramella reports on a victory against asset forfeiture in Albuquerque:

A federal judge has ruled that Albuquerque's civil asset forfeiture program violated residents' due process rights by forcing them to prove their innocence to retrieve their cars. Under civil forfeiture laws, police can seize property suspected of being connected to criminal activity, even if the owner isn't charged with a crime.

The city of Albuquerque "has an unconstitutional institutional incentive to prosecute forfeiture cases, because, in practice, the forfeiture program sets its own budget and can spend, without meaningful oversight, all of the excess funds it raises from previous years," U.S. District Judge James O. Browning wrote in an orderfiled Saturday. "Thus, there is a 'realistic possibility' that forfeiture officials' judgment 'will be distorted by the prospect of institutional gain'—the more revenues they raise, the more revenues they can spend."

The Institute for Justice, a libertarian public interest law firm, filedthe lawsuit in 2016 on behalf of Arlene Harjo, whose car was seized after her son drove it while drunk. […]

In a statement, Institute for Justice attorney Robert Everett Johnson said the Institute "will undoubtedly use this decision to attack civil forfeiture programs nationwide."

"Today's ruling is a total victory for fairness, due process and property owners everywhere," Johnson continued. "The court ruled the government must prove that an owner did something wrong before it can take away their property. Beyond that, the judge ruled that law enforcement cannot benefit financially from revenue generated by a forfeiture program. Together, these rulings strike at the heart of the problem with civil forfeiture."

By Paul Schimpf, Guest ContributorOn Friday, January 27th, the...
Previous article
Chicago state rep pleads for Emanuel and Trump to work together
Next article
Public employees are starting to assert their rights under Janus