The bright side of the trade war with China? 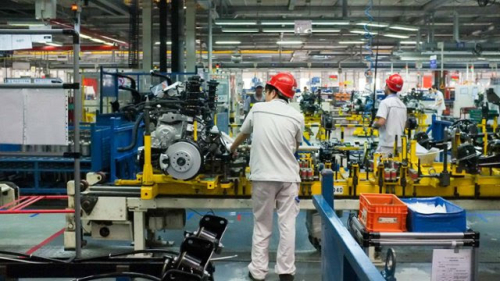 This year marks the 40th anniversary of one of the most consequential anti-poverty programs in human history. Now, there is evidence that its spillover effects may lift millions more out of dire need.

In 1978, 18 farmers from the Chinese village of Xiaogang secretly signed “the document that changed the world.” Madsen Pirie of the Adam Smith Institute writes:

A few years earlier they had seen 67 of their 120 population starve to death in the "Great Leap Forward" Now they took matters into their own hands. By flickering lights (none had seen electricity), they came forward in turn to sign a document dividing up the collective farm into individual family plots, whose owners could keep most of the proceeds of their labours.

They knew the dangers, and added a clause to the contract pledging that if any were betrayed and executed, the others would raise their children until aged 18. Following that historic contract, the village produced more food next harvest than it had in the previous 5 years combined. … China leapt from being a net importer of food into being a net exporter, and the Chinese economic miracle was launched.

Ian Chen, CEO of a Chinese technological exporter, said that Trump’s tariffs have his fellow manufacturers “seriously considering setting up a backup production line in Malaysia or Vietnam to prepare for the worst.”

By Paul Schimpf, Guest ContributorOn Friday, January 27th, the...
Previous article
Thorner: Again, Liberals lose gun and economy debates
Next article
Gov Rauner tells conservatives why they should vote for him in November