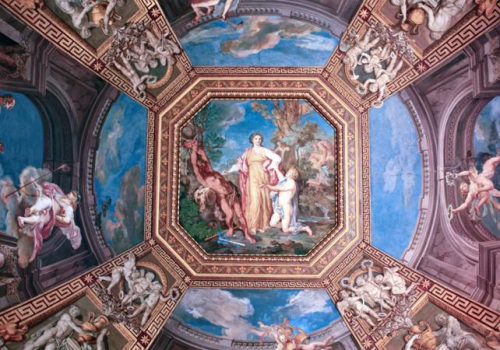 A highly publicized disclosure of sexual abuse in the Catholic Church occurred on August 14, 2018, when a Pennsylvania officials released a landmark grand jury report spanning two years of investigative work that identified more than 300 “predator priests” who allegedly molested more than 1,000 children in six dioceses. The grand jury says it believes the “real number” of abused children might be “in the thousands” since some records were lost and victims were afraid to come forward. It also accuses church leaders of taking steps to cover up the abuse. The report emerged from one of the nation’s most exhaustive investigations of clergy sexual abuse.  READ THE FULL REPORT HERE.

Pope Francis, facing sexual abuse crises in several other besides this nation, wrote an unprecedented letter on Monday, August 20, 2018, to all Catholics on Monday, asking each one of them to help root out “this culture of death” and vowing there would be no more coverups.

The Vatican said it was the first time a pope had written to all 1.2 billion Catholics worldwide about sexual abuse. Past letters on sexual abuse scandals have been addressed to bishops and faithful of individual countries. In his letter, the pope referred to the suffering endured by minors due to sexual abuse at the hands of a “significant number of clerics and consecrated persons.”

As Tom Gjelten wrote on August 18, 2018:  "Sixteen years after an investigation in Boston highlighted the dimensions of the sex abuse crisis in the Catholic priesthood, the financial and reputational cost to the Catholic church continues to grow.”

In an article by Bryan Fischer on August 20, 2018, Purge of gay priests would empty parishes, Fischer had this to say:

"The problem began in the 1960's when the Church, unable to recruit enough heterosexual priests to fill its ranks, began to lower its standards and turn a blind eye toward homosexuals who wanted to enter its seminaries.

Catholic observers are aware that the necessary purge will create an immediate clerical crisis in the Church. Conservative Catholic Michael Hichborn insists, correctly in my view, that there must be a "complete and thorough removal of all homosexual clergymen from the Church." But he admits "it's going to be difficult and will likely result in a very serious priest shortage."    But it must be done. Settlements the Church has already made to pacify the abused have already cost the church $3 billion, a toll that unquestionably will rise significantly."

Watch here to hear Michael Hichborn talk about "Corruption in the Catholic Church."

It was incorrect to assume that after all the problems the Catholic Church has had in the past with perverted priests, they’d be doing a better job of winnowing out those young seminarians most likely to sully its reputation and cost them hundreds of millions of dollars in future lawsuits.  It was understood that the occasional pedophile would slip through, just as the occasional sadist is going to make it through the police academy and onto the force, but I assumed the Church had learned a terribly expensive lesson.  Nevertheless, as a non-Catholic with many Catholic friends, I had no idea that things were going to blow up the way they have in Pennsylvania where it is reported that a thousand, perhaps several thousand, people, have accused upwards of 300 priests of engaging in criminal sexual activity with them when they were youngsters.

I have always regarded cops who used the authority of their badge and uniform to mistreat people as the scum of the earth, but a species even lower than those misfits are those who misuse the authority of a turn-around collar to victimize children.

Once again, as in the not too distant past, the Church has shown its moral culpability.  Instead of removing the degenerates from their parishes and handing them over to the authorities, they shielded them.

It seems that Cardinal Wuerl, the former archbishop of Pittsburgh and now the archbishop of Washington, D.C., who regularly shows up on Fox to weigh in charmingly on moral questions, has played a major role in providing cover for the predator clerical priests. Click here to watch the full interview of FOX 5's exclusive interview with Cardinal Wuerl on Wednesday, August 15, 2018, after Wuerl defended his 12 years as Archbishop of Pittsburgh, even though a Pennsylvania grand jury and state attorney general say Wuerl and other Catholic church leaders conducted a "systematic cover-up" of 1,000 children who were sexually assaulted by 300 "predator priests.”

To those who will predictably rush to defend the Church by pointing out that these charges have not been proven in a court of law, I’ll point out that neither were the charges against Harvey Weinstein, Charlie Rose, Tavis Smiley, John Conyers, Matt Lauer, Russell Simmons, Mark Halperin and Kevin Spacey.

I’m equally certain it will be argued that every organization has its bad apples, but they’re in the minority.  That argument goes by the wayside once you understand that the Church protected them.

I do understand that parishioners are wont to say that they believe in the religion, not necessarily the men who run it.  But if the men who interact with the public are moral degenerates and the ones above them in the hierarchy are more interested in covering their butts than they are in protecting the most vulnerable in their flock, doesn’t that say something is awfully amiss about the religion?

To me, it is as absurd as those who insist we shouldn’t judge Islam by the actions of radicals, even though the radicals find their inspiration in the Quran and never fail to praise their god while blowing up a school bus or slitting the throat of an infidel.

It shouldn’t be enough for the Church to pay financial restitution to those whose lives have been destroyed.  It is obvious that limiting priesthood to eunuchs, a practice dating back to its medieval hiring practice, is not working.  The Orthodox Church does permit priests to marry if married before they are ordained.   May we also keep in mind that the Catholic Church has branch offices in all 50 states and not just in Pennsylvania.

Alliance of Catholic Church and Left

Amid the troubling allegations in a grand jury report out this week that 1,000 or more children suffered sexual abuse by some 300 Pennsylvania-area priests over the past 70 years, Pope Raises Eyebrows with Pick for This Important Vatican Post, there are new worries about Pope Francis’ decision to consecrate a Portuguese bishop who holds unorthodox views.  José Tolentino Mendonça, a Portuguese Catholic priest and poet, claims Jesus didn’t “establish rules.”  According to reporting from LifeSiteNews, this bishop is also promoting the theology of a dissenting nun who defends the legalization of abortion and homosexual marriage.

Pope Francis should be accepting the resignation of Cardinal Wuerl that was offered two years ago when Wuerl became 75, as all Catholic bishops are expected to do, but the Pope did not accept it at that time. This is the bare minimum response to the pedophile priest/bishop scandals.  Instead, we get still another liberal bishop being appointed to high a position in the Vatican.  Now you know why Jesus said: "And do not call anyone on earth 'father,' for you have one Father, and he is in heaven."  Power corrupts when it comes to mere humans, no matter how exalted their titles.

Even if Francis is unexpectedly removed by death, like John Paul I was despite seemingly good health, the next Pope will be elected by bishops that Francis appointed or elected him in the first place.  Francis is the result of a system of an all-powerful Pope that has been building since the rise of Islam knocked out the Catholic Church's main competition.   Even the Protestant Reformation wasn't as great a threat to Catholic power as 10 million home churches that are converting the world today, especially Catholics in Latin America, Africa, Asia and even here in North America.   The alliance between the Left and the Catholic church must be maintained because otherwise the institutional Catholic Church will continue to implode.

The Catholic Church simply cannot take actions against the Left when it comes to gay rights and abortion that go beyond ineffective rhetoric. Wuerl is staying put because he is a lynch pin of the Left's strategy in this year's elections in America.  He and his friends must be kept in power to keep Catholic conservatives from being effective in changing the American political status quo.

Evangelicals and the Republican Party have plenty of scandals and corruption.  I welcome every investigator who really wants to find the truth to report them; however, Democrats and Catholics so often receive almost a total pass from the media.

As a non-Catholic there should be great concern, regardless of an individual’s religious affiliation, over the homosexual, Communist penetration of the Catholic Church.  What will be done by men or, more importantly, by God, is the question.  Meanwhile, it is unbelievable for Mexican Cardinal Sergio Obseo Rivera to have said that abuse victims should be “ashamed” to accuse “men of the Church.”

By Illinois ReviewLocal Illinois Republican leaders from the 82nd...
Previous article
Durbin says discussion of “I-word” too soon
Next article
Sen. Warren: “Separating a momma from a baby does not make this country safer”