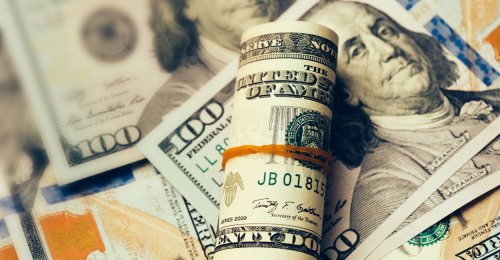 The Congressional Budget Office projects that the fiscal year 2018 deficit will hit $804 billion, pushing national debt to over $21 trillion. It’s a crushing tide of red ink.

To put those numbers into context, consider the typical U.S. household, which last year earned $60,336. If that typical family spent like the feds, they would have entered the fiscal year more than $300,000 in debt and piled on an additional $12,000 on top of that. […]

Federal debt borrowed in credit markets is on pace to consume the entire U.S. economy in just over a decade. And if you include what the federal government has “borrowed” from Social Security and other government trust funds, the total national debt already exceeds our gross domestic product.

Over the next 30 years, both federal revenues and spending are projected to grow. But spending will increase at a rate of about four times faster than revenues. Both deficits and the government’s overall debt will continue to rise.

This can be fixed, but tax cuts and spending cuts will have to go hand in hand. Cutting taxes and increasing spending at the same time is a sure recipe for fiscal disaster. By ignoring the spending problem, Congress is ensuring that this year’s tax cuts will be temporary at best, and the growth potential from those cuts will never be fully achieved.

By Illinois ReviewIllinois House Democrats maintain a comfortable supermajority...
Previous article
Congress must reform its budget process, but not like this
Next article
Our shrinking and overworked military can barely pass inspection