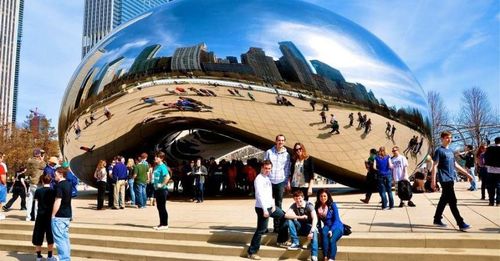 A lifetime ago, when the first George Bush was running for president (that’s George H. W. Bush, also known as “41” or “Bush I” to political wonks), people began to challenge the Bush campaign on their commitment to family values… and his wife, the kind and well-intentioned Barbara Bush, replied in exasperation “Whatever you mean by ‘family,’ that’s what we mean by ‘family values.’”

The voters were not amused.

But it reminded us of a divide in our politics, one that has existed for a very long time, and isn’t likely to go away anytime soon. There is an American culture, which can be generally summarized as:

Very generally speaking, these are the American values… and they are still the values of the heartland of America, but they have been under assault for a century. The “definitely not” positions listed above have indeed taken hold, in various ways, and to various extents, in our mainstream media, our entertainment hubs, the worlds of academia and our biggest cities.

As a result, we do have two Americas – not in the way that the Left likes to portray it – as the haves and have-nots – but in the way that conservatives have long described it: the difference between the American Way of the heartland and the counter-culture welfare state mentality of the elites.

Hillary Clinton and the Chicago Way

Throughout the run-up to the 2016 elections, one consistent and critical theme has been Secretary Hillary Clinton’s record of corruption. Her first major job, as a junior counsel in the Watergate hearings, ended in her dismissal by her own Democrat supervisor, who then described her as one of the most unethical people he had ever had the displeasure to work with. And her career has only gone down from there.

From representing known rapists in court by humiliating the accusers in the 1970s, to participation in an alleged kickback environment from cattle futures trading in the 1980s, and on to foundation fundraising as a member of the Obama administration, Hillary Clinton has been a practitioner of what we now know as the Chicago Way throughout her career, despite having left Chicagoland for good in the 1960s.

When we think of Chicago politics, and the Chicago culture, we think of corruption. It doesn’t mean that every Chicagoan is corrupt; like any city of millions, it has conservatives and liberals, workers and non-workers, rich and poor, law-breakers and law-abiding citizens. But when you say “The Chicago Way” – everyone knows what you’re talking about. The good Chicagoans shake their heads in sadness at how their city is known, and wish they could change it, but they know it’s true.

Similarly, there are other cities that are identified with an attitude or a culture, sometimes positive, sometimes negative.

Boston is known for general liberalism. Refer to Massachusetts politics and you think of the big government, tax-and-spend attitude of Ted Kennedy and Michael Dukakis. The fact that the state produced Mitt Romney doesn’t render the generalization untrue.

Berkeley is known for counter-culture radicalism. 45 years after the riots of the 60s, we still associate campus sit-ins and even riots with Berkeley. They may have a College Republican club there, but when you talk about Berkeley politics, we know exactly what you mean.

Texas, by contrast, is known for all-American swagger, for self-reliance and rugged individualism. Texas has some Democrat vote fraudsters in Houston, sure, and some leftist 1970s relics hanging around Austin too, but these are the exceptions that prove the rule. When you talk about Texas values, everybody knows you’re talking about an entrepreneurial, hard-working, law-and-order culture. …all of which brings us to the most delightful moments of the January 14 debate, in which Senator Ted Cruz gently smacked rival Donald Trump with the accusation that he represents New York Values, a zeitgeist that America might not be seeking in its Republican presidential nominee.

Trump recognized immediately that this poke could inflict damage. He’s old enough to remember past Republican moderates who have sought, and lost, the presidential nomination when labeled as New York Republicans. If this primary is to be a repeat of 1964 (the fall, by contrast, is more likely to evoke 1920 or 1968, in case you're wondering), Trump doesn’t want to be the next hapless Nelson Rockefeller, falling to the All-American swagger of Senator Barry Goldwater.

So Trump deflected admirably, proudly citing the way that New Yorkers pulled together after the terrorist attacks of September 11, 2001. He probably battled Cruz to a draw on this point, as he turned the moment into a reminder of the spirit of 2001.

But in the long term, Cruz’ point will stand as the crucial one. It wasn’t a mere debating point; it was a moment of definition. Are we the party of New York Values, or the party of Texas Values?

Moderator Maria Bartiromo challenged Senator Cruz on the concept, and Cruz won that point too, pointing out that she too was from New York, so she might not notice it. Without mentioning the reference by name, he reminded the audience of a famous (possibly apocryphal) story in which critic Pauline Kael, after Richard Nixon’s 1972 landslide victory, supposedly declared “I can’t understand how he won; I don’t know a single person who voted for him!”

The story exemplifies both the Manhattan attitude and the rest of the country’s opinion of that attitude.

We believe that New Yorkers – not all New Yorkers, but the big ones, the famous ones, the dominant ones in politics and media and pop culture – share an attitude much different from the rest of us. They think they’re better than we are, better able to make decisions for us, better deserving of the positions and perks of power than we rubes in the heartland. This may not be true, at least not of all New Yorkers, but it’s certainly true of many of them. The pomposity on daily display from the Manhattan / Hamptons / Martha’s Vinyard crowd, on everything from politics to culture in general, makes it clear every day.

The city’s history of nanny-state attitudes is well-established and undeniable… just ask any of the many good Republicans of upstate New York why they choose to live upstate!

Oh yes, when Ted Cruz spoke of New York values, everybody knew what he was talking about, and no honest person took offense.

America has had 43 presidents so far, and the last one to truly have heartland values was Ronald Reagan, three decades ago… remember, despite having gained fame in Hollywood, Ronald W. Reagan was born, raised, and educated in rural Illinois, and never left until his twenties.

In the years since the Reagan presidency, both Bushes, Clinton and Obama have all held the office; all educated in the New England Ivies, all sharing the same elitist attitudes, at least, in the eyes of the American voter if not in their own.

Ted Cruz seeks – at least in making this argument against Donald Trump – to make the case that it is time once again to return to those distinctly American Values that our power elite left behind long ago.

It’s not an attack on the people of New York, or Chicago or Boston or San Francisco, for that matter, as Trump and Bartiromo (and their acolytes since) have tried to make it.

Rather, it’s a recognition that America is made up of many different types of people, and the elitists of the nanny state have been running things long enough. Maybe it’s time somebody with heartland values should run the show again for a while.

And Ted Cruz believes that an awful lot of other Americans agree with him on this point. He had the same education some of them did, but his worldview is a thousand times different from theirs, and a thousand times better for America.

John Di Leo would also like to state, just for the record, that despite having been born in Chicago, he has NEVER been offended when people talk disparagingly about The Chicago Way. As a political writer and recovering politician himself, he recognizes the value of such universally-understood shorthands, and maintains that in the cases of Donald Trump and Maria Bartiromo, perhaps as the Bard would say, “the lady doth protest too much.”

Permission is hereby granted to forward freely, provided it is uncut and the IR URL and byline are included. Follow John F. Di Leo on Facebook or LinkedIn, or on Twitter at @johnfdileo.