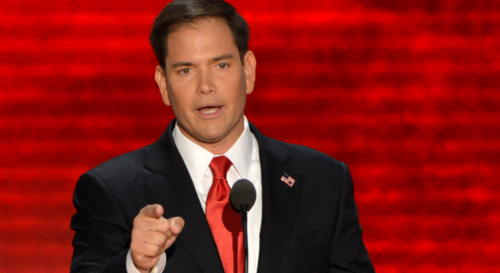 I can’t quite believe I’m writing this, given my years of fighting illegal immigration. But as a pragmatic moderate conservative, I have decided to vote for Marco Rubio in the Illinois primary. If Cruz or Trump were genuinely against illegal immigration and where I am on the issue, I would likely be for that man.

But all three are shameless hypocrites with histories of supporting amnesties and legalizations. None is a principled immigration restrictionist (for less legal immigration) or border enforcer (for less illegal immigration). Cruz used to say he “loved legal immigration.”  When Trump entered the race, the love faded. His conversion to immigration hawk is as insincere as Hillary’s shifting answers about her email server.

The Iowa results clearly show Rubio is electable.  He won just one point less than Trump with a smaller core following and a fraction of the buzz. He carried the important urban counties and more educated people. Ted Cruz showed strength only in the rural counties which vote heavily Republican anyway. It’s impossible to see how he could expand his base to include moderate, suburban voters in the battleground states. I can easily see Rubio doing so, as he did last night and in Florida.  And anecdotally, I’ve never met a moderate or apolitical Cruz supporter.

If Rubio now becomes the “establishment” favorite, it is only because their candidates failed so miserably and Rubio is less offensive than Cruz or Trump. But Rubio’s voting record puts him among the three most conservative senators (more than me on some things), and that convinces me he won’t be another George W. Bush.

When Cruz loses New Hampshire next week it should confirm that he is unappealing to moderates and independents, and will take the Republicans down to a massive defeat. I cannot see that happening with Marco Rubio with his pleasing persona, sharp intellect and excellent debating skills. He drew Cruz to a draw on the immigration issue, and that proved his bona fides in the heat of combat and that there is really no difference between them on my favorite issue.

Howard Foster, a Chicago immigration attorney, is a frequent contributor to Illinois Review