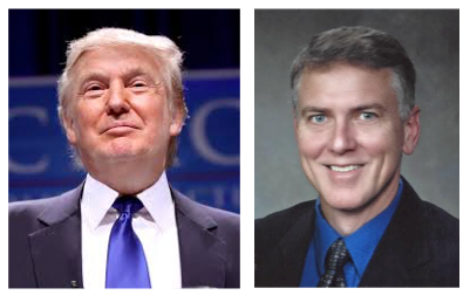 And not only are the Orland and Palos Township rank-and-file Republicans, like growing numbers nationwide, unhappy about the presidential candidates the Republican Party establishment have pushed on them over the years, they rejected IL GOP favorite U.S. Senator Mark Kirk and favored Oswego businessman James Marter.

And for United States Senator, James Marter was Orland and Palos Township Republicans' choice, with 51.1% over Mark Steven Kirk at 48.9%.

Neither Trump nor Marter were officially endorsed by the the Republican organizations, however, since endorsement requires 60.01% of those voting.

Morrison told Illinois Review Tuesday morning that 78 people attended the meeting, and only the 51 active members were allowed to cast votes. All non-primaried GOP candidates are deemed to receive the full endorsement of both organizations.