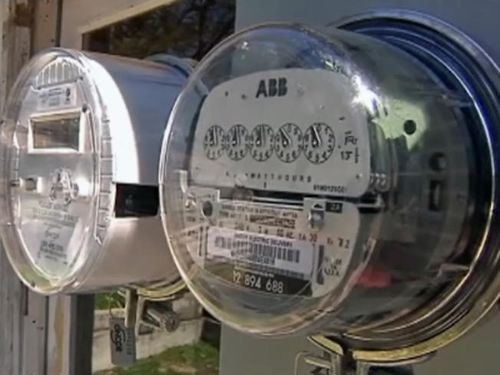 ComEd is investing $1 billion across its system to replace traditional analog meters with digital meters, which are said to be able to help lower bills and provide other benefits. The change is publicized as part of an ongoing $2.6 billion system upgrade to improve reliability. To date, ComEd has installed nearly 1.9 million Smart Meters and plans to have installed about four million Smart Meters on all homes and business in its territory by the end of 2018.

Although the installation of Smart Meters by ComEd has already been completed in some areas of Illinois – despite protests from concerned citizens - a recent news account alerted Lake County residents that they have been targeted next for Smart Meter installation.

An article published in the Daily Herald on January 29, 2016, stated how Libertyville, IL, is in the next round of communities in Lake County to have standard analog meters replaced by "smart" devices. Quoted in the article was David Doherty, director of the Smart Meter transformation for ComEd, who explained how "Smart Meters collect energy usage information that can be read remotely, allowing the company to determine and react to power outages more quickly.  The meters also will send a signal when a customer loses power."

According to company literature that is distributed by ComEd to community leaders in advance of Smart Meter installation: "Smart Meters will provide consumers benefits from the new technology, allowing consumers to access their power usage online so habits can be altered, as needed, to better manage their energy consumption. Smart Meters will likewise provide access to optional pricing programs, such as switching use to times when it costs less to produce."

The above benefits most likely sound entirely logical to Illinoisans, especially when coupled with this canned statement frequently made by Smart Meter installers when questioned by home owners about the need for a Smart Meter:  Smart Meters will eliminate the need for meter readers.

But Beware, Illinoisans!  What you are receiving from ComEd is spin instead of facts. It was in July of last year when I took the CUBFacts Smart Meter information (Citizen Utility Board) propaganda sheet with its ComEd supplied facts to the woodshed for its inaccurate information.  In my article, "Beware of Propaganda to Quell Inconvenient Truths About Smart Meters", the CUBFacts Smart Meter Information sheet was evaluated for misleading statements and edited accordingly.  What is in bold was taken directly from CUBFacts, followed each time by my explanation of what really is true!

As to the history of the law that makes Wireless Smart Meters mandatory in Illinois: ComEd lobbyists wrote the law; it was passed by the General Assembly against vehement and persistent opposition from the Attorney General, AARP, and informed citizens aware of the risks. ComEd spent 16 million dollars convincing the General Assembly to over-ride Governor Quinn’s Veto. When elected, Governor Rauner then signed another bill favoring ComEd over the rights of citizens to have a choice.

It is tragic for consumers that Chicago’s powerful and politically-connected ComEd was able to convince the General Assembly to pass a law that could potentially threaten homes, harm lives, adversely impact nature, invade privacy, and, in a broader scope, undermine the state’s security by making the electric grid more vulnerable to cyber-attack.

Doesn’t every ComEd customer deserve the right to have a choice to opt-out permanently in the face of the real and present dangers that having a Smart Meter on the side of their house or business could engender? It is unjust and un-American to force Wireless Smart Meters on every home without alerting residents to the many risks and offering them a choice.

1. Health and Environment – Smart Meters are installed in a Mesh Network which relays data from one house to another and eventually on to a collector unit, which is an additional wireless network that sends the data back to the utility. ComEd says that Radio Frequency (RF) emissions only take place 4 times a day every 6 hours.

That may be true for one household’s data measurements. However, Smart Meters also send and receive network management messages every few seconds around the clock. In a California Court the utility admitted that a Smart Meter emits from10 to 190,000 bursts a day. Each burst is sending RF/microwave radiation into the home and throughout the neighborhood. The power level of each burst is about 1,000 milliwatts, making Smart Meters one of the most powerful RF radiators in a community.

What this means to ComEd Customers?:  that a Class 2B Carcinogen (the category for wireless RF emissions, by the International Agency for Research on Cancer ‘IARC” of the World Health Organization) is being mandated on ALL homes in the ComEd service territory. Even worse, there is NO PERMANENT OPT-OUT OPTION AVAILABLE.

People who have already had their Smart Meter installed are complaining of headaches, ringing in the ears, rashes, nausea, insomnia, chest pressure, heart palpitations, nose bleeds, and weakness, etc. There is a potential threat to those with medical implants and weakened immune systems. The well-being of pets is also of concern. Studies that have been done on wildlife, trees, plants, and bees show that they will also suffer from the RF/microwave emissions blanketing the state.

Breaking news on January, 29, 2016:  the Pennsylvania Utility Commission is allowing a hearing to go forward of a nurse who says Smart Meter made her sick.  What makes this so interesting is that PECO is an Exelon Company, like ComEd.

2. Privacy Invasion — Without your consent, the computer inside the Smart Meter collects private energy behavior patterns that will be available to government agencies and could be at some point be for sale to marketers. A hacker or thief could use this data to know whether or not the home is occupied and if high-end electronics are in the home.

3. Hacking and Cyber-Security – Vulnerabilities in wireless data transmission can pose national security risks to the electric grid. A former CIA Director calls the Smart Grid “really, really STUPID”. ComEd will be installing 4,000,000 access points to the Internet; every private home and business in their service territory.

4. Higher Bills – Smart Meters monitor usage 24/7 as a means of instituting Time-of-Use pricing. Due to escalating charges for peak time usage, bills can double, or worse. Time-of-Use pricing boosts ComEd profits while penalizing those who need lower electric rates the most—stay-at-home moms, the elderly, the unemployed, and those with disabilities. Anyone who is unable to change their behavior, such as washing dishes and doing laundry at off-peak hours, will not benefit from having a Smart Meter.

5. Appliances: RF Radiation and Privacy Invasion – New appliances come with mandated wireless RF transmitters that emit RF signals to the wireless Smart Meter around-the-clock. Manufacturers can also keep track of information about their appliances for future marketing through the wireless transmissions.  Because the Smart Appliance Services are provided through wireless networks and the Internet, communications could be intercepted by others.

6. Lack of Control – The utility owns and maintains 100% control over computer hardware and software upgrades inside Smart Meters. With Demand Response, a utility company can selectively turn on/off appliances or an entire household.

7. Loss of Property and Safety – There has been hundreds of reports of electrical fires caused by arching and sparking within the Smart Meter. Homes with older wiring may be more susceptible to the risk of fire.

Corix, the company ComEd is using for installation gives their employees, who have no prior electrical experience, two weeks of classroom instruction and one week of field work. In California, more than a 100 GE Smart Meters (manufacturer ComEd selected) have exploded right on homes due to a power surge. And, Smart Meters have been known to “fry” electronics.

Should you still have doubts about the dangers posed by Smart Meters, this website deserves careful study. Under the name of SkyVision Solutions, this site  (www.smartgridawareness.org) is dedicated to raising public awareness about the costs and risks associated with smart grid systems as well as the potential hazards related to Radio Frequency Radiation emissions from Smart Meters.

Here is the link to my https://youtu.be/aoodNMI3nzc appearance on a local Comcast TV cable show talking about the dangers posed by Smart Meters, with a warning about cell phones. Both wireless devices produce electromagnetic radiation. There is mounting evidence that that RF-EMF radiation is carcinogenic. The fact that exposure to our population is increasing at an exponential rate, the potential consequences are catastrophic.

1)  Call the ComEd Smart Meter installation line (866) 368-8326 and request a DELAY if a Smart Meter has not already been installed. If one has been installed, call and have it be replaced with a non-transmitting meter.

ALL WIRELESS DEVICES, INCLUDING CELL PHONES, ARE VOLUNTARY AND CAN BE TURNED OFF WHEN NOT IN USE. SMART METERS ARE MANDATORY AND ARE ON 24/7, FOREVER.