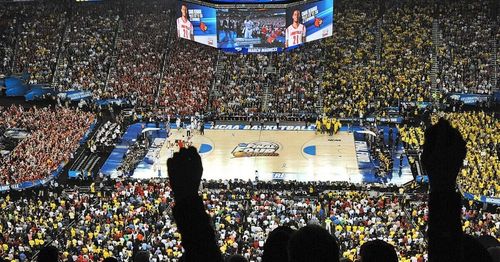 Sports fans everywhere love March Madness, which is appropriately named. Anyone who has ever filled out a tournament bracket knows anything can happen in the NCAA College Basketball Tournament.

The madness of March unfortunately is not just limited to basketball. Here in Illinois, madness seems to be a way of life.

Where else but Illinois would the state operate for nearly a year with no budget?

Illinois has become a national punch line and people are leaving Illinois in droves. According to a report last January from United Van Lines, the Land of Lincoln is third on the list of states people are leaving. Only New York and New Jersey rank higher on this list.

Governor Bruce Rauner wants to change course and make Illinois a destination for jobs and opportunities. One of his priorities is lawsuit reform because without common sense lawsuit reform that will restore fairness and common sense to our courts, we are going to continue to see an exodus of jobs and opportunities from the Land of Lincoln to neighboring states with a more friendly business climate.

In fact, the unemployment rate in January was 6.3 percent, which was much higher than the national average of 4.9 percent. Only Mississippi, Alaska, New Mexico and Washington D.C. were higher than Illinois.

The inaction on lawsuit reform is costing us jobs and opportunities. According to the recently released 2015 Lawsuit Climate Survey, conducted by Harris Poll, Illinois ranks near the bottom of the nation in terms of its lawsuit environment – 48th worst of the 50 states.

More than 75 percent of the business leaders surveyed by Harris Poll for this report say lawsuit climate is a “significant factor” in determining where to expand and grow. The reality is companies look to move to states where the legal climate is fair, which is why Illinois’ status as the third-worst state in the country for legal fairness is making it extremely difficult to attract new employers and why Illinois has one of the highest unemployment rates in the country.

The solution is lawsuit reform. Governor Bruce Rauner has proposed common sense lawsuit reform legislation that includes a proposal that will stop personal injury lawyers from shopping around for the friendliest court jurisdiction, even if the lawsuit has nothing to do with that jurisdiction. This practice, often called ‘venue shopping,’ is all too common in Illinois.

It is just common sense to require lawsuits filed in Illinois to have an actual connection to Illinois, and yet in one Illinois county, more than 90 percent of the asbestos lawsuits filed there are for plaintiffs who do not live in that county. We need to create jobs in Illinois, not more lawsuits. Governor Rauner’s reasonable, common sense lawsuit reforms will create jobs and unclog our courts, which will speed the legal process for those with legitimate claims.

The evidence is clear. Illinois lawmakers need to embrace the reforms Governor Rauner has proposed. As the governor said to legislators in his State of the State address, “I understand that trial lawyers are putting pressure on you to keep the status quo, but if we don’t offer a competitive environment for businesses, pretty soon the trial lawyers won’t have any more businesses to sue.”

Illinoisans should contact their legislators and ask them if they will stand with the personal injury lawyers, who are the only ones who profit from this unfair system, or the small businesses and individual citizens who are far too frequently targets of unfair frivolous lawsuits and are made to pay for personal injury lawyer greed.

It is time to end the Madness now.