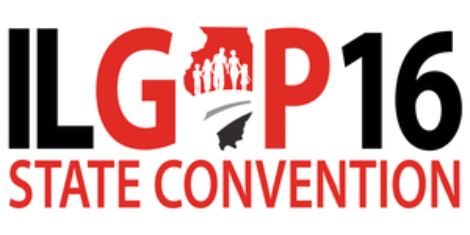 CHICAGO –  Eleven of the 18 members of the Illinois Republican Party platform committee reportedly are agreed that the one-man, one-woman marriage plank should be removed from the 2016 platform.

Illinois Review just received a copy of the proposed wording for the family section of the platform. See below:

Wednesday night, the committee is expected via conference call to confirm the platform they will be recommending to party delegates this weekend IL GOP State Convention in Peoria. The new platform is expected to have the following section removed:

Committee members that support removing the section say the IL GOP's position preferring one-man/one-woman marriage over same sex marriage is viewed negatively by younger voters that are more libertarian on the issue.

Others argue that since the Supreme Court ruled on same sex marriage, states are not allowed to hold positions differing from the decision, thus the position is irrelevant. Still others insist the Republican Party boasts a "big tent" that should welcome anyone with any position on the sanctity of marriage.

In 2013, the Bloomington Pantagraph reported Brady told the local Rotary Club that he thought the Republican Party needed to change and “be open and inclusive” rather than “focus on the issues that divide and not unite.” Brady added, “If we don’t (change), we’ll lose.”

Pointing to the recent U.S. Supreme Court decision to confirm same sex marriage no more takes the issue off the discussion table than did the 1973 Roe vs Wade decision take abortion out of debate, one member said.

No IL GOP Platform Committee member would go on record with Illinois Review, but encouraged concerned Republicans to voice their opinions on the IL GOP website before Wednesday night's conference call.

On the other hand, a committee member said, it looks like the IL GOP's pro-life plank will remain intact, although there is confusion over whether the platform's call for the overturn of Roe vs Wade would be in the platform's final version.

UPDATE x1: The proposed wording for the 2016 platform

A.  We recognize that a strong family, based on the institution of marriage, sanctified by God and strengthened by the legal protections afforded to that institution by government, is the basic building block of society.  Accordingly, we support public policies that promote the formation, endurance, and autonomy of the nuclear family and that empower parents to provide a safe and nurturing home environment for their children.

C.  We believe that parents—not bureaucrats—are best-positioned to make decisions regarding the health and welfare of their minor children, and we support public policies that preserve and strengthen parental rights.

D.  We believe that the disintegration of the nuclear family is a leading cause of generational poverty and that a connection exists in this and other respects between “social” and “fiscal” public policy issues.

E.   We recognize that the states reserved to themselves—implicitly throughout the U.S. Constitution and explicitly in the Tenth Amendment—the power to legislate on matters related to marriage and family, and we oppose efforts by the federal government to encroach on that reserved power.