Ives: Frank Mautino is Unqualified, Unchecked and on Track to Increase his Pension by 80% 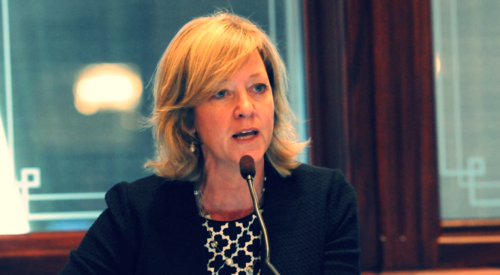 Illinois Auditor General Frank Mautino is under investigation by the Illinois State Board of Elections for questionable campaign expenditures. There have been numerous articleswritten concerning Mautino’s campaign fund.  Some of the notable problems include over $250,000 in payments to a bank for campaign expenses for services banks don’t provide and over $210,000 expenses for car repairs and gas at the same service station in one 10 year period. A coalition of Republican legislators asked Mautino in three separate emails over the last two months for information concerning his campaign account.

In his last response on May 12, 2016, Mautino indicated that he doesn’t intend to respond to them directly. But, State Representative Jeanne Ives (R-Wheaton) believes that Frank Mautino owes the members of the General Assembly a direct and comprehensive report about the Auditor General’s campaign fund. Here’s why: the ILGA hired him. Ives is has also stated that taxpayers deserve an honest and complete response for two main reasons:

State records show Mautino, who has also served 24 years as a state representative, stood to receive a starting pension of over $74,000 which is 85% of his final salary of more than $87,000.  After just one year at the higher Auditor General salary, Mautino will receive 85% of his $157,000 salary, a starting pension over $133,000.  That pension will compound at 3% annually for the rest of his life upon retirement.

“Frank Mautino has a campaign finance problem that mirrors those of Aaron Schock and Jesse Jackson Jr.,” stated State Rep. Jeanne Ives. “By all appearances, he is just filling a seat to maximize his taxpayer-funded pension benefits. Illinois doesn’t currently have a mechanism in place to strip legislators convicted of crimes related to campaign finance of their pensions. This is just another example of political insiders looking out for themselves at the expense of families and businesses.”

Ives went on to say, “In Frank Mautino’s 24 year tenure, the state’s unfunded pension liability has ballooned to the largest in the nation, property taxes have skyrocketed, our credit rating has dropped to the lowest in the nation, and our unemployment rate far exceeds that of our neighbors in the Midwest. I am standing up for my neighbors – who are always on the hook for the excesses of government. Frank Mautino’s lifestyle is financed on the backs of hardworking taxpayers. We shouldn’t commit one more dime to him without a full investigation into his campaign finances. If he doesn’t want to cooperate, he should step down. If we don’t get answers now, get ready to pay.”

About the Office of Auditor General

The Auditor General is established by the Legislature and is the premier office that ensures state agencies are accountable to the people through their elected representatives.  The Auditor General duties include performing financial and compliance audits including compliance with federal statutes.