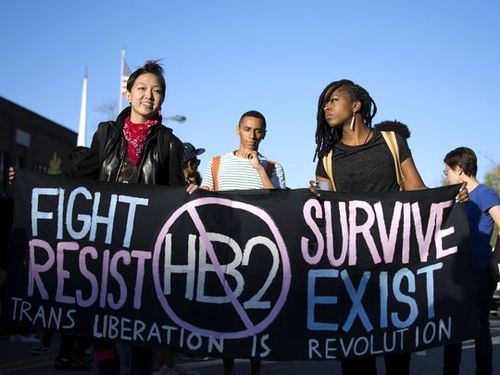 "…The Department [of Justice] contends that North Carolina’s common sense privacy policy constitutes a pattern or practice of discriminating against transgender employees in the terms and conditions of their employment because it does not give employees an unfettered right to use the bathroom or changing facility of their choice based on gender identity," the suit says.

McCrory argues that the DOJ’s position is a "baseless and blatant overreach" of the federal government.

"This is an attempt to unilaterally rewrite long-established federal civil rights laws in a manner that is wholly inconsistent with the intent of Congress and disregards decades of statutory interpretation by the Courts," the suit says.

The suit argues that transgenders are not a protected class under Title VII. Changing that definition would take a congressional act.

The suit is HERE.

North Carolina is not the only state that has had the Department of Justice step in to demand equal access for transgenders. Chicago suburban District 211 was told to provide equal access to transgenders for bathrooms, showers and dressing rooms.  A group of 51 parents filed a lawsuit against the federal government. The lawsuit is working its way through the courts, as well.