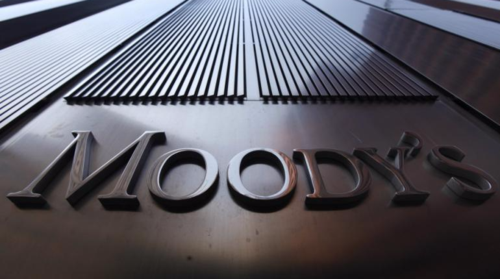 CHICAGO – Thursday, Moody's Investors Service downgraded the State of Illinois' general obligation rating to Baa2 from Baa1, affecting approximately $26 billion of debt. The outlook associated with all of these ratings remains negative.

The rating downgrade reflects continuing budget imbalance due to political gridlock that for more than a year has kept Illinois from addressing revenue lost due to income tax cuts that took effect in January 2015, the report said.

The lower the credit rating, the higher the interest Illinois taxpayers must pay out to investors.

“When the General Assembly adjourned without passing a balanced budget, the Administration warned the super majority in the legislature there would be consequences. This report underscores the need for real structural changes to repair the years of unbalanced budgets and deficit spending by the majority party on Illinois’ finances. Every rank-and-file Democrat who blindly followed the Speaker down this path is directly responsible for the downgrade.”

Moody's said the state's structural budget gap equals at least 15% of general fund expenditures, if the state's underfunding of pension contributions is included. If this gap continues into a significant portion of the coming fiscal year, it will put pressure on operating fund liquidity and add to an already sizable bill backlog.

“It’s an outrage that we have gone nearly a year without a state budget. This downgrade is directly attributable to Governor Rauner’s reckless decision to hold the state hostage for more than a year and to create the crisis he desired. The governor’s own proposed budgets are billions of dollars out of balance, and, for almost a month, a bipartisan plan to provide emergency funding for human services providers and our most vulnerable has languished on Governor Rauner’s desk. He refuses to sign that bill because he continues seeking a state of crisis in Illinois.

“We are committed to continuing our negotiations with the governor on his agenda, but we won’t support an agenda that benefits the wealthy and corporations at the expense of middle-class families. The governor needs to work with legislators to pass a budget that ensures we continue to fund education, health care for the frail elderly and persons with disabilities, and other basic services that Illinois families rely on, rather than refusing to allow government to function in order to continue his manufactured crisis.”

The investment service projects that the backlog will surpass prior peak levels (about $10 billion) in coming months, in the absence of a consensus on a budget that offsets the loss of revenue from the 2015 tax cuts.

"The potential for economic underperformance or unplanned liquidity demands heightens the risk of further financial weakening. Illinois benefits from a large and diverse economic base, legal provisions that ensure continued payment on debt even with no enacted budget, and powers common to US states, such as freedom to increase revenues or constrain spending," the report said. "However, the long-running partisan standoff is impeding Illinois' ability to exercise these powers or to make progress addressing unfunded retiree benefit liabilities that far exceed those of other states."

A negative outlook is consistent with the potential for additional credit weakening after an extended impasse that has left the state increasingly vulnerable to adverse revenue trends, unplanned liquidity demands, and increasingly underfunded retiree benefit plans.

But there are a few factors that could lead to an upgrade:

And a few that Moody's says could lead to another downgrade:

By Illinois ReviewIn a Facebook post on Tuesday, former...
Previous article
Chicago #1 in underwater homes
Next article
Biga: Senator Jeff Sessions for VP. You can bank on It.