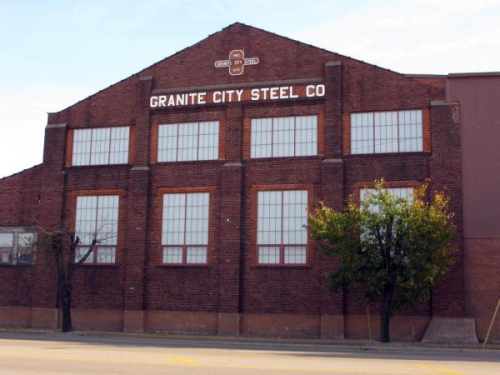 SPRINGFIELD – Governor Bruce Rauner is lending aid to the workers of another major Illinois employer by signing into law Senate Bill 1941, legislation to extend unemployment insurance benefits for up to an additional 26 weeks to approximately 2,000 workers laid off from the Granite City Steel Mill in 2015.

Last month, Rauner worked with lawmakers to keep open two nuclear plants that Exelon had threatened to close next year.

“[Senate Bill 1941] will help the hard working families of the Metro East who lost their jobs through no fault of their own,” said Governor Rauner. “While we are encouraged by the recent news that more than 200 jobs will return to the Granite City facility, we hope that by extending unemployment benefits we are able to help the other laid off workers bridge the gap until they are gainfully employed again. Our administration will continue to push to help the steel industry and other manufacturers create jobs through common sense reforms to grow jobs, lower property taxes, improve schools and enact term limits.”

Senate Bill 1941 is effective immediately. It will allow laid off workers from the Granite City Steel Mill to collect unemployment insurance benefits for up to an additional 26 weeks. Benefits will be paid out from the Unemployment Insurance Trust Fund, which is a special fund derived from a state unemployment tax paid by Illinois employers, not the state’s general revenue fund.

Extending the unemployment benefits for Granite City Steelworkers made the local union representatives happy, although the union leaders gave most of the credit to downstate Democrat lawmakers.

“Signing of Senate Bill 1941 by Governor Rauner, (R) is welcomed news for laid off Steelworkers going into the holidays. This will help hundreds of Steelworkers make ends meet while trying to remain hopeful U.S. Steel will restart its Granite City facility in 2017. The Steelworkers applaud the efforts of State Representatives Jay Hoffman and Dan Beiser, as well State Senator Bill Haine, for sponsoring the legislation, along with the swift action taken by Governor Rauner in signing SB 1941 into law," stated Local 50 President Jason Chism.

“The Steelworkers wish to thank Governor Rauner for taking quick action in signing legislation today that will extend much needed Unemployment Benefits for hundreds of Steelworkers at U.S. Steel, Granite City Works adversely affected by the dumping of foreign steel. This action would not have been possible without Senate Bill 1941 which was introduced by Representative Jay Hoffman, (D) Swansea, co-sponsored by Representative Dan Beiser, (D) Alton, as well as Senator Bill Haine, (D) Alton,” stated Local 1899 President Dan Simmons.

Simmons said union members have been through a very tough period due to no fault of their own, as a result of illegal dumping of foreign-made steel in this country.

"This assistance will help to make the holidays brighter for Steelworkers and their families knowing that benefits will be reinstated going forward," he said in a statement issued by the governor's office. "We are encouraged by the recent actions taken by U.S. Steel at our facility and are hopeful of a resumption of full operations in 2017.”

“The American steel industry has struggled largely due to unfair trade practices. U.S. Steel’s recent announcement to reopen a part of their Granite City facility next year is good news and this bill will help provide additional benefits for unemployed steel workers who have not been able to find good jobs,” said Mark Denzler, Vice President & COO of the Illinois Manufacturers’ Association.

“However, it’s imperative that Illinois policymakers work closely with our steel industry and our national leaders in Washington D.C. to enforce our country’s trade laws while enacting real economic development reforms along with a balanced budget at the state level to help attract more manufacturing jobs.”

“The Illinois AFL-CIO was pleased to join with the United Steel Workers, Metro East Legislators, the business community and the Department of Employment Security to negotiate and craft legislation to extend benefits to Steelworkers who were laid-off due to unfair trade practices,” said Tim Drea, Secretary-Treasurer, IL AFL-CIO. “We are grateful these working families will receive some much-needed financial security.”

“I am grateful today that UI benefits will be extended to the laid off Granite City workers for an additional 26 weeks. These workers would be employed today had US Trade Agreements been fair and balanced when negotiated by the federal government,” said Rep. Dwight Kay (R-Glen Carbon). “I thank Governor Rauner for understanding the extraordinary trade inequities that exist and taking swift action to assist the hard working men and women from the mill at Granite City. The Governor's action is bold, timely and adds financial stability for these workers until the mill reopens.”

“I’m very pleased and grateful, as I’m sure the families of the steelworkers are, too,” said Sen. Bill Haine (D-Alton). “We thank the Governor. This was an agreement between business and labor to help keep these workers and their families in Granite City.”

"Through no fault of their own, the employees and families of the U.S. Steel plant in Granite City have been laid off, forced to make tremendous sacrifices and suffered greatly over the past year due to the illegal dumping of foreign steel into U.S. markets,” said Rep. Jay Hoffman (D-Belleville). “We do have some good news, however. We are happy that 200 people will go back to work in the hot strip mill. Additionally, I want to thank the Governor for helping to provide relief to the families by approving extended unemployment benefits. His action will certainly help these families during a very difficult time."

“This demonstrates yet again that the agreed bill process works when it comes to Illinois' unemployment insurance system,” said Rob Karr, President & CEO of the Illinois Retail Merchants Association.