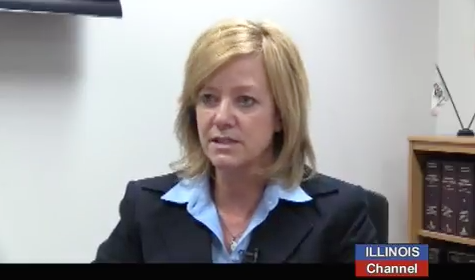 SPRINGFIELD – Who is State Rep. Jeanne Ives (R-Wheaton)? Why is her name in a buzz about challenging Republican Governor Bruce Rauner in next March's IL GOP Primary?

Illinois Channel's Terry Martin offers this first in-depth interview from a non-Rauner funded news source that provides a one on one insight into Ives' thinking about the need for a viable conservative candidate in 2018.

While reports say she's out fundraising to reach a $1 million goal to launch the campaign, she's also picking her running mate as Illinois law requires gubernatorial candidates to run as a team with their lieutenants.

UPDATE: The Ives petitions are now online and her running mate is former State Rep. Rich Morthland. Before today, we were hearing the top two choices for her LG are Quincy state rep Randy Frese and Chicago businessman and the city's GOP Chairman Chris Cleveland.