Di Leo: A Special Election for Senate, a Challenge for the Voters 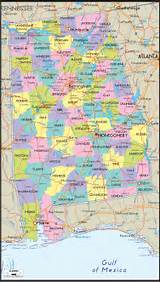 There will be an election in Alabama to fill the unexpired US Senate term of Attorney General Jeff Sessions. Unlike most Senate races, since this is a special election, it’s not for a full six years; the winner will only serve for three years – half a term.

Republican primary winner Roy Moore is 70, the same age as fellow politicians Hillary Clinton, Jon Corzine, William J. Jefferson, Tom Daschle, and Carol Moseley Braun. If he should win the race, it’s reasonable to assume this half term is likely all he would serve in the office.

By contrast, Democrat nominee Doug Jones is 63, and considering the differences between the media’s handling of the two candidates, it’s more likely that Mr. Jones could take full advantage of the benefits of incumbency, and stay on for much more than this half a term, should he win the day on December 12.

The state of Alabama has been a reliable Republican state in most statewide elections for some time now; the people of Alabama trend conservative, being supporters of the Founding principles of this nation and the Judeo-Christian tradition of Western Civilization… and they show it on Election Day.

In short, the people of Alabama tend to agree completely with Roy Moore on the issues, and disagree completely with Doug Jones on the issues.   So it should be no wonder that the media, in their effort to swing this otherwise-impossible election toward their party, the Democrats, have chosen to focus entirely on personal behavior allegations against Judge Moore in the closing weeks of the campaign.

Throughout the general election campaign, Doug Jones, a Clinton appointee in the Justice Department (he served as a US Attorney from 1997 to 2001) has managed to avoid the hard political questions of a campaign in a state unwelcoming to his party. We don’t know if he has any scandals in his past (perhaps not); we barely know where he stands on the issues.  He’s not in the news talking about specific policy positions; he’s only in the news when he tags along on the media’s story about Roy Moore’s dating habits as a young single attorney.

The only issue of the race has become the allegations that the moralizing champion of the Ten Commandments was (allegedly) a creep in his younger days, going after girls too young for him. That’s the issue at hand, and it’s not remotely as easy to analyze as we would like.

Unlike such examples as President Clinton’s (D, AR) affair with an intern, in which a blue dress proved the deed, or Anthony Weiner’s (D, NY) attempted pickups of young girls, in which cellphone records included photos that proved the allegations, there is no such evidence in the Roy Moore charges. They are 40-year-old cases of he said / she said, and the only piece of physical evidence yet submitted, a yearbook inscription, was so obviously faked as to be laughable on its face.

Oddly, there have been several very different charges against Judge Moore, most of which are not remotely illegal, just unusual in today’s view, in terms of a legal but considerable age discrepancy…. And a couple of which, if true, would indeed be reprehensible, but those charges are the ones that are hardest to believe (the worst charge, in fact, was angrily assailed by the accuser’s own son!).

The Left believes them because they WANT to believe them – bringing down a grandstanding evangelical for hypocrisy is their greatest joy.

Fairer-mined people are troubled, because the case is not nearly as clear as the Left would have us believe.

To my mind, the objective analysis of the situation needs to begin with a focus on several key points:

Roy Moore, for all his well-known pomposity and grandstanding ways, is a solid and predictable conservative on the issues of the day. He believes in limited government, and has made it clear that, if elected to the Senate, he will vote for Republican construction of the Senate, and vote to support Republican appointments and Republican bills. He can be expected to ally with the conservative sub-majority in the US Senate – Rand Paul, Mike Lee, Ted Cruz, etc.  No wonder the Democrats are so anxious to defeat him.

By contrast, Doug Jones has staked out a place on the far left of his party. If elected, he will cast Alabama’s vote for the leadership team of Senators Chuck Schumer and Dick Durbin.  He can be expected to vote against all Republican bills, from the moderate ones of the GOP leadership to the conservative ones of the Paul/Cruz/Lee wing.

On specific issues, from his speeches to his official website, Doug Jones has made several things clear:

In short, in virtually every way, Democrat Doug Jones is on the record as a left-wing extremist. He doesn’t always sound like it, because he has the political sense to sound measured and reasonable when addressing Alabama audiences… but a vote for Doug Jones is a vote for the socialist policies of the Obama era.

What, then, is an Alabama voter to do?   To some people, Doug Jones seems more likeable, and to others, Roy Moore does.   To some, Doug Jones comes with less baggage, to others, the baggage of Roy Moore – his years of efforts to keep the Ten Commandments on display in his courtroom, are a proud badge of honor (just for the record, the Founding Fathers would side with Moore on that one, and would be baffled that it was ever even an issue).  And to some, the allegations of misbehavior so freshly leveled against Roy Moore are indeed a blemish that should not be rewarded with so lofty a post.

In the final analysis, what really matters most to you and to our country – is it what a candidate did twenty, or thirty, or forty years ago, or is it how he will vote in the US Senate, day after day, for the three or more years he serves?

The most important thing for the voters of Alabama is how their Senator votes in the US Senate.

In the end, this truly isn’t a difficult choice for the Alabama voter.   It will take time to sort out these allegations.  Over the next year or two, we’ll have time to find out for sure whether the worst of these allegations were true or fraudulent, and whether the dating habits of a man in the 1970s really should contribute to an election choice today… and then the voters can renominate Mr. Moore, or retire him – in the 2020 primary – picking someone else to serve as their Republican nominee henceforth.

That’s really the question for an Alabama voter to decide. Judging from former Senator Jeff Sessions’ election totals these past few cycles, it really shouldn’t be that hard to work out.

John F. Di Leo is a Chicagoland based trade compliance trainer, US Customs broker, writer and actor. He is currently performing (through Sunday, November 19) as Kris Kringle in the radio play version of “Miracle on 34th Street” with the Elgin Theatre Company.