UPDATE x1: 3 Questions for the IL GOP about who gets what funds and who decides 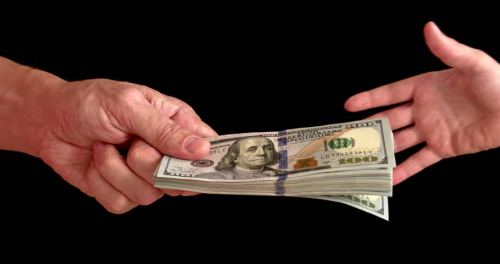 CHICAGO – The IL GOP is writing an amazing number and amount of checks.

Nearly $55k to candidate for Attorney General Erika Harold – none to the other GOP statewide candidates running for Comptroller, Treasurer or Secretary of State. Only Harold thus far.

Then $25k each to Cook, Lake and Will County Republican organizations in late November. Another $5k to downstate Henry County. $2500 to Republicans in Stark County.

That's how the Illinois GOP has spent the party's funds thus far this fall. But where did that money come from?

Besides $10,000 from the Beer Distributors, every other major contribution to the IL GOP reported thus far has come from Governor Bruce Rauner's political action committee.

The Illinois Republican Party reports no other contributions in excess of $249 for most of the year. However, the IL GOP has elected officials that have historically been involved in decision-making on how the party spends its funds.

Illinois Review has asked, but has not heard yet from IL GOP Spokesperson Aaron DeGroot three preliminary questions:

We will report the responses as soon as we hear back from the IL GOP.

If you have other questions you'd like to be asked of the IL GOP, please offer in the comment section below.

"Political insider Tim Schneider is a lapdog for failed Governor Rauner, the Worst Republican Governor in America," McSweeney said in a text message to Illinois Review. "Incredibly Governor Rauner just admitted that he's not in charge of the state. Schneider, who was the chief Rauner cheerleader for the Capitol Compromise tax hike and sanctuary state bill, should immediately resign as GOP Chairman."