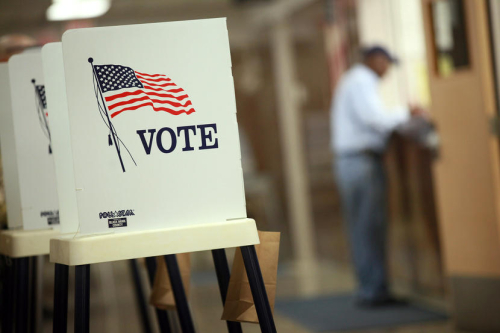 PONTIAC – Illinois' 16th CD 2017 GOP primary race whittled down to between just two Republicans when one candidate withdrew his name last Friday after his petitions were challenged. Only the names of incumbent Adam Kinzinger and James Marter will appear in the March 20th GOP primary for the district.

“Illinois voters deserve election and ballot integrity in the election process.” Marter said in a statement. “There were significant shortcomings, some more serious than others.  It is ultimately up to the ISBOE to determine whether each objection is sustained or overruled.”

On December 28, amidst near zero degree temperatures and gusting snow, the Marter campaign says they visited affected voters in the City of Belvidere area, where approximately 200 voter signatures were in question. Of the voters whose signatures were objected to as being “Not Genuine," each voter indicated that the signature on the petition was not his or  signature.

Each voter stated either that they have never signed a nominating petition before or that they had not done so during this election cycle, Marter's statement says.

"Each voter contacted, quite willingly agreed to and did complete a notarized affidavit.  When shown the photo of candidate Jaye DeBates published on his campaign website, said they have never met or seen him in person," the campaign said.

The petition sheets indicated they were circulated and certified by Jaye DeBates.