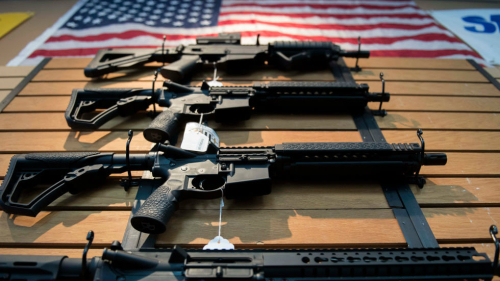 SPRINGFIELD – In a vote along party lines – with a few exceptions – the Illinois House Democrat majority voted to raise the age for purchase of certain firearms to age 21. Except for one, House Republicans opposed the measure.

"Assault" weapon is a term used in the United States to define some types of firearms. The definition varies among regulating jurisdictions, but usually includes semi-automatic firearms with a detachable magazine and a pistol grip, and sometimes other features such as a flash suppressor or barrel shroud.

The NRA opposes raises the age to 21.

“Passing a law that makes it illegal for a 20-year-old to purchase a shotgun for hunting or adult single mother from purchasing the most effective self-defense rifle on the market punishes law-abiding citizens for the evil acts of criminals,” an NRA spokesman told The Hill.

Any law that requires an individual to be 21 or older to buy a firearm “effectively prohibits” adults aged 18-20 from buying a firearm  "deprives them of their constitutional right to self-protection.”

The shooter in the Parkland Florida school massacre was age 19 and obtained an AR-15 – considered a semi-automatic – legally. AR-15s cost an average of $1500.

The bill that will now head to the Illinois Senate, HB 1465,

Republican gubernatorial candidate Jeanne Ives voted no on the measure, and expressed her concern about the issue earlier this week when Illinois Review asked her about raising the age buying a gun to age 21.

"What other rights are we going to raise to age 21?" Ives answered. "The age is arbitrary. The average age of a mass shooter is somewhere in the 30s."