Reeder: Rauner is no Sister Jean 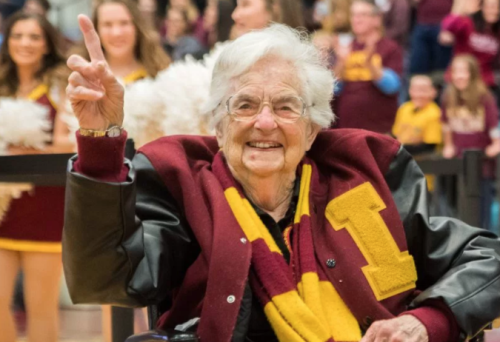 SPRINGFIELD – What do Bruce Rauner’s campaign and the Loyola Ramblers have in common?

They both had surprising March performances.

The Ramblers did well and Rauner did poorly.

Just as the Las Vegas odds makers gave Loyola little chance to make it to the Final Four in the men’s NCAA basketball tournament, Illinois political prognosticators said Rauner would have a cakewalk in the primary.

Instead, the Ramblers finished in the Final Four and Rauner just barely won the nomination against state Rep. Jeanne Ives.

According to the Illinois Campaign for Political Reform, Rauner raised $215 per vote. Ives, on the other hand, raised just $12 per vote. Even with the advantages of incumbency and a war chest bursting with cash, Rauner won by just 2 percent.

Unless Rauner can turn things around, come November, he is toast.

His time in of

fice has been marked by a non-productive stare-down with powerful House Speaker Mike Madigan. We get it. Madigan is bad for the state. You’re not going to get any argument from me on that.

But a person can’t lead by pointing fingers. The “because Madigan” mantra has become tiring even among the Speaker’s  harshest critics. We are looking to you, Gov. Rauner, for accomplishments and you’ve come up lacking.

Worse yet, Governor, you’ve lied to your supporters. You promised Republicans in the legislature that you would veto a measure that would provide state funding for elective abortions.  You also promised Chicago Cardinal Blase  Cupich and multiple other religious leaders.

And then you signed the measure.

Is your word good? Apparently, not.

So who is an example of effective leadership in Illinois? Well, 98-year-old Sister Jean Dolores Schmidt would be a good one.

The chaplain for the Loyola Ramblers has devoted her life to service. She has spent most of her lifetime as a member of The Sisters of Charity of the Blessed Virgin Mary.

Integrity and service are hallmarks of her career.

A Catholic college administrator during the turbulent era of the Vietnam War protests, she didn’t disparage or lie about those with whom she disagreed.  She loved them and cared about them.

During the GOP primary race, Rauner led with his pocketbook, spending his own wealth to disparage Ives with falsehoods and deceptions.

Sister Jean, on the other hand, led with her heart. Rambler players left the court and hugged her after each game. They had an abiding respect and trust for their leader.

Rauner eked out a “win” in which half of  his “players” showed their contempt.

Governor, you could learn a lot from Sister Jean.

Scott Reeder is a veteran statehouse journalist. He works as a freelance reporter in the Springfield area and produces the podcast Suspect Convictions. He can be reached at [email protected].