And when the ad indicated the host of the event is 6th CD Democrat challenger Sean Casten, who compared Donald Trump to Bin Laden earlier this year, more questions arose.

Is Senator Connelly abandoning his once-solid conservative voting record and previous support for school choice in order to be endorsed by the Illinois Education Association?  The event next Tuesday night at Wheaton's Northside Park hails it as an #IEAVotes Kickoff, and lists other candidates to be featured – all Democrats, except Connelly. 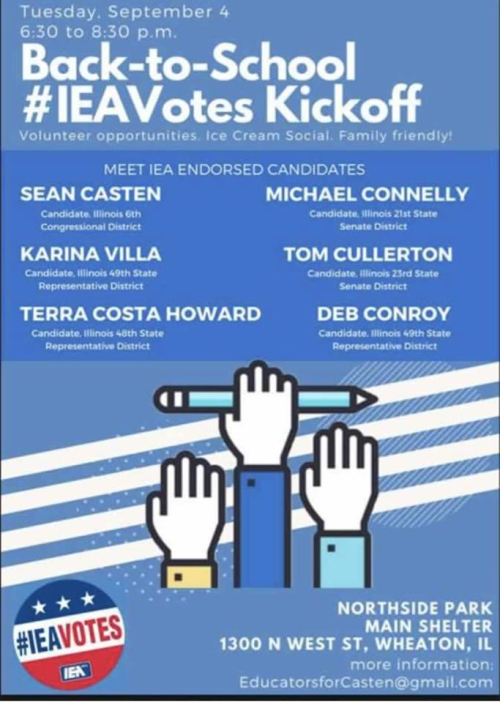 The IEA told Illinois Review they had not yet completed their list on endorsed candidates for the November 2018, but expected to do so shortly.

Senator Connelly's office has yet to reply to a query about the event.

Sean Casten is hoisting a heated challenge to longtime GOP incumbent for the 6th CD, Congressman Peter Roskam, hoping to take advantage of what the Democrats predict is a nationwide "Blue Wave" to recover control of the US House.