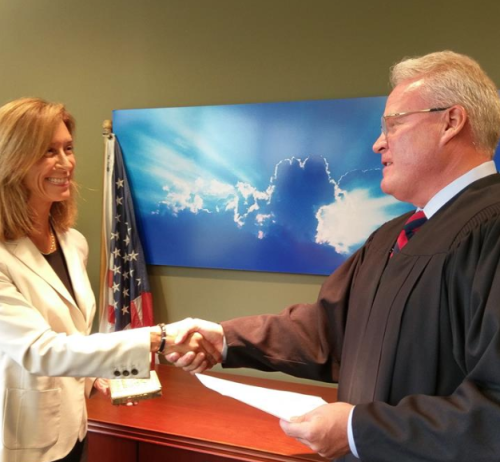 "We needed a person that would be ready to be an actual state representative first, and then a candidate," Shaw, who also serves as the IL GOP's new state co-chairman and member of the party's State Central Committee, told Illinois Review. "Second, we needed a person that could jump into a campaign while serving as state representative. We're confident Helene will be able to do both."

With less than three months left before the General Election, Miller-Walsh's experiences over the past decade added up for Shaw, who had 95 percent of the weighted vote along with Chris Geissler's 5 percent, serving the one Cook County precinct in the 51st District.

"Helene was ready to hit the ground running with an army of volunteers she's worked with along with her husband for over a decade. She had a proven ability to raise funds, and being married to a talk show host and former congressman Joe Walsh, her name recognition will likely cause interest in the race," Shaw said.

Miller-Walsh has years of corporate experience in banking, marketing and publishing. She's also active on several boards of non-profit groups – including the Haym Solomon Center that reaches out to the North Shore Jewish community where Miller-Walsh attends synagogue. She's also on the Board of Advisors to Project HOOD – an organization working within violence-ridden Chicago neighborhoods.

"Helene holds conservative views and I'm certain she will vote in agreement with the Illinois Republican Party platform," Shaw said.

Three candidates will be on the ballot for the 51st in November: 1. Miller-Walsh, 2. a Democrat public school teacher and 3. an independent candidate. (Clarification made by editor – our apologies to Mrs. Miller-Walsh)