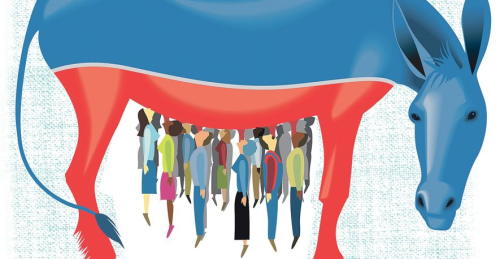 Socialism kills. From the former Soviet Union to Cuba to Venezuela, anywhere socialism has been tried, it has robbed people of freedom and their property; produced economic stagnation and misallocation of resources; and resulted in millions of deaths, caused either directly or indirectly.

Energy socialism, as touted by 28-year-old self-described socialist Alexandria Ocasio-Cortez, a Democratic candidate for the House of Representatives in New York, would be just as deadly. Arguing in her platform, "Climate change is the single biggest national security threat for the United States and the single biggest threat to worldwide industrialized civilization," Ocasio-Cortez has proposed a plan to transition the United States to a 100-percent renewable energy system by 2035.

Recognizing that a massive transformation of the U.S. energy system, which took more than 80 years to build, would be a herculean undertaking, Ocasio-Cortez has proposed a "Green New Deal," similar to the Marshall Plan that rebuilt Europe after World War II, requiring "the investment of trillions of dollars."

Showing the extent to which socialist thinking has captured the Democratic Party's imagination, hundreds Democratic candidates for local, state, and federal office in 2018 have signed a pledge to push for the 100 percent renewable energy makeover.