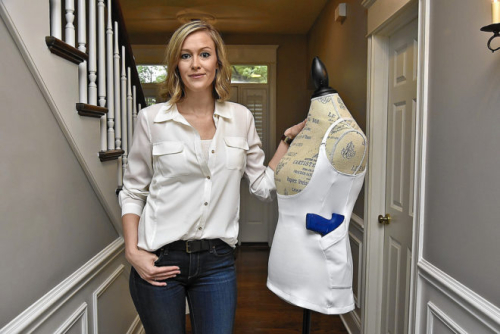 CHICAGO – The founder of Nickel and Lace, an online shop that offers shapewear for women that carry concealed weapons, is running for the Illinois House this fall. Park Ridge resident Marilyn Smolenski is challenging three-term Democrat State Rep. Marty Molan in the November election.

The businesswoman is a big advocate of the Second Amendment and gun rights. That, along with her interest in fashion and business – is how holsters and women's designs merged into reaching a previously untapped market – women that defend themselves with firearms.

“I was taking some class with my husband back in 2011, and I just wasn’t satisfied with any of the holsters that were on the market. They were all really geared toward men, and men’s bodies, not women’s figures, so I made my own,” Smolenski told the FOX Business Network’s Maria Bartiromo.

The first time candidate told Guns.com why gun rights advocates should vote for her.

"I promise to not only act with honesty and integrity once elected as State Rep but to make myself open and available to understand constituent’s views and needs," she said. "After all, as a Representative, I will represent the families and businesses of our community. As a proud member of the ISRA, NRA, and USCCA I have always been and will continue to be an advocate for responsible firearms ownership."