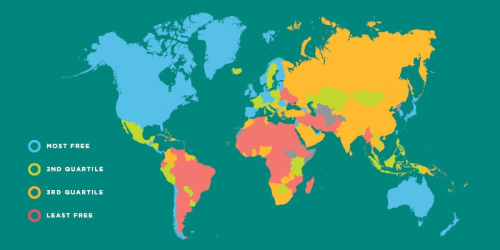 Yet more evidence that the more economically free a country is, the more prosperous it will be. The latest edition of The Fraser Institute’s Economic Freedom of the World Report has been published. It demonstrates, as James Gwartney, Robert Lawson, and Joshua Hall write, that “[n]ations that are economically free out-perform non-free nations in indicators of well-being”: