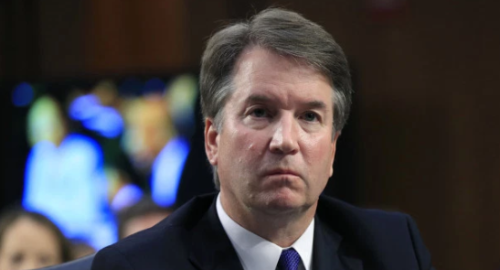 DC – The US Senate voted today to confirm what many consider to be pro-life Judge Brett Kavanaugh – filling the vacancy left by pro-abortion Justice Anthony Kennedy following his retirement. UPDATE: Illinois Republican Party Executive Director Travis Sterling said, "We applaud the U.S. Senate for confirming Judge Kavanaugh to the Supreme Court. He is a highly-qualified jurist with extensive experience in faithfully interpreting and defending the Constitution of the United States."

Congressman Darin LaHood, a Republican representing IL's 18th CD, said in a statement: “The U.S. Senate’s confirmation of Judge Brett Kavanaugh to the United States Supreme Court today is historic. His judicial temperament and measured approach will ensure that our Constitution is interpreted properly, as intended by our founding fathers.

"For over 12 years on the D.C. Court of Appeals, Judge Kavanaugh has established a judicial record of faithfully upholding the rule of law and abiding by our constitutional principles. He has displayed the utmost fairness and impartially and will be a great addition to the US Supreme Court. Having been through seven FBI background investigations throughout his tenure, Judge Kavanaugh has been thoroughly vetted more than any other nominee in our history and I have full confidence in his judicial abilities as the next Associate Justice to the Court.”

“We have to think about what it would mean if Judge Kavanaugh were to be confirmed to the Supreme Court with credible sexual assault allegations against him. Specifically what it would mean to the millions of women across America who were survivors of sexual assault, women who have been scared to come forward with their stories for fear they would be mocked, ridiculed, and shunned," Senator Dick Durbin said in a statement announcing his intention to oppose the confirmation.

"What would it mean for them to see Brett Kavanaugh sitting on that bench in that Court across the street day after day for decades casting what may be the deciding vote on cases that profoundly affect their rights?  It would shake the confidence of millions of Americans and the integrity of our Supreme Court.  We should not take that risk,” said Durbin.  “With so much at stake, we should not confirm a nominee to the Court unless we are sure that the nominee’s qualifications are beyond question.  I do not have that confidence in Brett Kavanaugh. I will vote no on his nomination.” By Paul Schimpf, Guest ContributorOn Friday, January 27th, the...
Previous article
One year ago today: Rauner delights the Illinois ACLU with taxpayer-funded abortions
Next article
Durbin: “Think about what a Democratic Senate majority would mean”