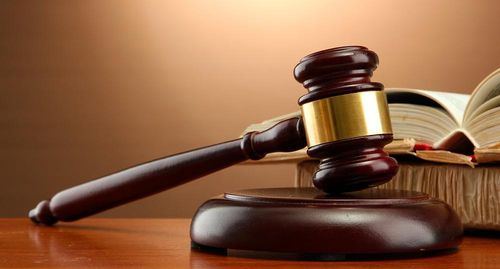 Three Chicago Democrat state Representatives have introduced a resolution that asks the Supreme Court to over turn the Heller ruling, among others, and find that the 2nd amendment doesn't give an individual that right to keep and bear arms.

The resolutions main author Rep. Emanuel Welch, an open critic of Illinois becoming the final state to adopt concealed carry, went on to criticize the gun industry for making money off of the violence that has seen more than 2,000 people shot these year alone in Chicago, almost all of it gang and drug related shootings. The resolution says, "(T)he firearms industry benefits financially when more guns are sold; more firearms in circulation leads to more gun crimes, homicides, suicides…The Heller decision effectively said that most of the second amendment should be disregarded in favor of the part that is most profitable to the firearms industry."

Welsh and the others want the Supreme Court to agree with Justice Stevens dissenting opinion in the Heller ruling, which struck down Washington DC's ban on handgun ownership inside the city as unconstitutional. Additional court rulings struck down Chicago's extremely strict gun control laws which effectively ban gun ownership and the sale of firearms within the city, which were completely ineffective in stopping gun violence in the city.

It is also clear none of these Democrats know what George Mason, the Founding Father created with helping to create the 2nd amendment said about the right to keep and bear arms. Mason said in 1778 during the Virginia ratifying convention, "I ask, Sir, what is the militia? It is the whole people. To disarm the people is the best and most effectual way to enslave them."

During the Massachusetts ratifying convention the delegates there said that, (The)Constitution Constitution be never construed to authorize Congress to infringe the just liberty of the press, or the rights of conscience; or to prevent the people of the United States, who are peaceable citizens, from keeping their own arms;" as they drafted a list of recommendations for changes they wanted made to the Constitution(The Bill of Rights).

Rep. Jaime Andrade was also one of 15 Democrats who recently introduced a bill that would allow the Illinois state police to confiscate the firearms and FOID cards of Illinois residents who are on terrorist watch lists, which in the past have been filed with such dangerous people as Sen. Ted Kennedy, boy scouts, and even a few babies.

Chicago's problems with gun violence have everything to do with young black's killing other young black's on the city's South and West sides.  Violence Chicago Democrats from Rahm Emanuel, to Rev. Jesse Jackson Jr. and Father Michael Pfleger, and others have blamed on Illinois' concealed carry law, a single South suburban gun store, the National Rifle Association.

More gun control, taking away people's second amendment right, gun confiscation even will not fix Chicago's problems.  If gun control did work, Chicago would be the safest city in the country, same with Baltimore. Instead they are warzones because of black on black crime, and gangs, and Democrat politicians who run both cities, don't want to look in the mirror and admit liberal policies, attacking the cops as racists and murderers, and coddling criminals doesn't work.

State Sen. Neil Anderson has said of the resolution over the Christmas weekend that, "As long as I represent you in the senate, I will fight against irresponsible legislation like this. Disgusting!!"

Republican state Rep. candidate Dan Swanson(74th district) said that, "As a pro-second Amendment Candidate, this is legislation aimed at taking away our Constitutional right to defend our selves. Gun control is about controlling the rights of people, not controlling guns. I will fight against this type of legislation."