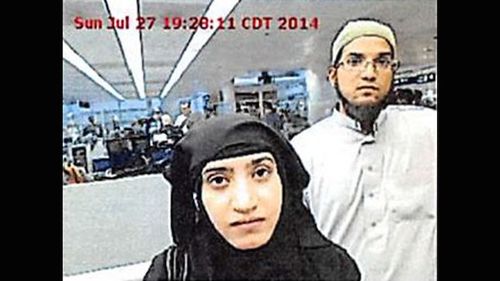 WASHINGTON – "…[W]hat I witnessed suggests the Obama administration is more concerned with the rights of non-citizens in known Islamist groups than with the safety and security of the American people," a recently retired Department of Homeland Security investigator wrote in an op-ed Wednesday in The Hill.

The commentary, by Phillip Haney, is a whistle-blowing effort about the Obama Administration concerning investigations that Haney says was leading directly to groups with which two San Bernandino terrorists may have been involved.

There are terrorists in our midst and they arrived here using legal means right under the noses of the federal law enforcement agencies whose mission is to stop them. That is not due to malfeasance or lack of effort on the part of these officers; it is due to the restrictions placed on them by the Obama administration.

I was a firsthand witness to how these policies deliberately prevented scrutiny of Islamist groups. The two San Bernardino jihadists, Syed Farook and Tashfeen Malik, may have benefited from the administration’s closure of an investigation I initiated on numerous groups infiltrating radicalized individuals into this country.

While working for the Department of Homeland Security for 13 years, I identified individuals affiliated with large, but less well-known groups such as Tablighi Jamaat and the larger Deobandi movement freely transiting the United States. At the National Targeting Center, one of the premier organizations formed to “connect the dots,” I played a major role in an investigation into this trans-national Islamist network. We created records of individuals, mosques, Islamic Centers and schools across the United States that were involved in this radicalization effort. The Dar Al Uloom Al Islamiyah Mosque in San Bernardino was affiliated with this network and we had identified a member of it in our investigation. Farook frequented that mosque and was well-known to the congregation and mosque leadership.

Another focus of my investigation was the Pakistani women’s Islamist group al-Huda, which counted Farook’s wife, Tashfeen Malik, as a student. While the al-Huda International Welfare Foundation distanced themselves from the actions of their former pupil, Malik’s classmates told the Daily Mail she changed significantly while studying at al-Huda, gradually becoming “more serious and strict.” More ominously, the group’s presence in the U.S. and Canada is not without its other ties to ISIS and terrorism. In 2014, three recent former students at al-Huda’s affiliate school in Canada, aged 15 to 18, left their homes to join the Islamic State in Syria.

We had these two groups in our sights; if the investigation had continued and additional links been identified and dots connected, we might have given advance warning of the terrorist attack in San Bernardino. The combination of Farook’s involvement with the Dar Al Uloom Al Islamiyah Mosque and Malik’s attendance at al-Huda would have indicated, at minimum, an urgent need for comprehensive screening. It could also have led to denial of Malik’s K-1 visa or possibly gotten Farook placed on the No Fly list.

The rest of Haney's commentary is HERE.