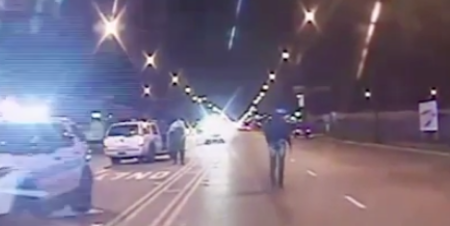 SPRINGFIELD – A new state law by Democrat State Rep. Art Turner (Chicago) and Republican State Rep David McSweeney (South Barrington) would expand the Freedom of Information Act to include recordings of a law enforcement officer discharging a firearm, or an officer-involved death, from an in-car video camera or an officer-worn body camera to be allowed to be inspected and copied unless protected from release by court order.

Turner and McSweeney's bill – which was filed in Springfield Friday – links back to the October 2014 shooting in which 17 year old Laquan McDonald was killed when shot by Chicago Police 16 times.  The video was hidden from the public for 13 months, and released then only after a young freelance reporter sued Chicago Police and the court ordered the video's release.

At the time of the video release, Cook County State's Attorney Anita Alvarez announced first degree murder charges against the Chicago officer that the video shows shooting McDonald even as he lay lifeless on the ground.

Outrage over the shooting, the alleged Chicago Police coverup and denied justice has created an uproar that has spilled over into Chicago streets. Over the weekend, demonstrators were gleeful about Chicago Police Superintendent Garry McCarthy's firing last week, and are calling for two more heads to roll – Mayor Rahm Emanuel's and State's Attorney Anita Alvarez's.

Over the weekend, Chicago Police accounts were released to the public, and they appear to conflict with the video cam's recording of the incident.