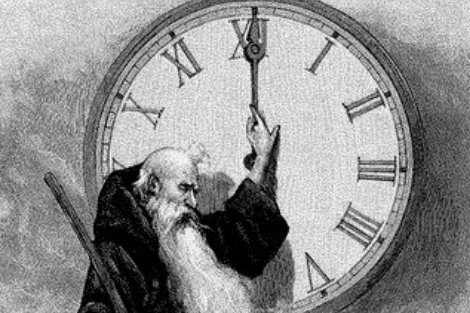 Greenpeace International executive director Kumi Naidoo said last week, "The wheel of climate action turns slowly, but in Paris it has turned. This deal puts the fossil-fuel industry on the wrong side of history."

This is just the latest silly comment from the Left that their critics are always on "the wrong side of history."  History, of course, is what it is and does not have sides. As history unfolds, it might ebb and flow in a zig-zag pattern for good or bad.

But the old-fashioned Communists believed that they were always on the "right side of history." Their belief was rooted in the doctrine of "dialectical materialism" which held that as the acorn grows to the tree so also will Communism inevitably replace capitalism in the forward march of progress.

It is all nonsense, of course, but the concept Is hard-wired into the brains of people on the Left as part of their secular religion. Knowing that they alone are "on the right side of history" makes it so easy to close off debate or challenges from critics.

In the case of what they used to call "global warming" and now call "climate change" ideology, the Left likes to  claim there can be no challenge because only their view is "settled science" that cannot be disputed unless a dissident scientist is a dishonest "denier" or on the payroll of oil companies.  But honest scientists know there is never any such thing as "settled science" that is final because science is always discovering new information that changes the way we interpret data.