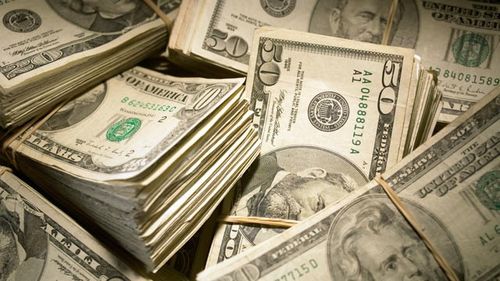 CHICAGO – Radio talk show conservative Dan Proft has once again been entrusted with a portion of U-Line founder Richard Uihlein's shipping product fortune. Wednesday, Uihlein wrote a check for $2.5 million to the Liberty Principles PAC, a four-year-old independent expenditure committee whose chairman and treasurer is Proft, who ran for Illinois governor in the GOP 2010 primary.

Besides the $300,000 Uihlein gave the PAC earlier this year, he also gave $1.5 million to Proft's group in 2014, with a focus on competing with House Minority Leader Jim Durkin's efforts to maintain GOP House incumbents. Durkin was publicly clear that he resented Proft's delving into House primary races with Uihlein's money.  He called for "checks and balances" on committees like Proft's.

“The money that was spent in at least two of our races is something we don’t even spend in the general election,” Durkin said after the 2014 primary. “I’m in the minority. Should we put some checks and balances in there? I’d love to see it. I think there needs to be more transparency from those groups-where they receive their money and actually who’s running them, as well.”

When asked about the hundreds of thousands of dollars he authorized to be spent during the primary, Durkin told reporters that he'd like to see more transparency and campaign restrictions placed on independent expenditure groups.

Durkin refused to respond to whether he'd be open to imposing those same caps on party affiliated caucus political committees like his own.

Proft reported on Liberty Principles PAC with this summary after the March 18, 2014 primary:

9 of those candidates won, most handily. The other race was too close to call as of last night with our backed candidate (Matune) down by fewer than 100 votes.

Ultimately, incumbent Republican House floor leader Ron Sandack won over GOP primary challenger Keith Matune. All of the above House candidates are considered indebted and committed to furthering Proft's agenda, which lines up with Governor Rauner's "Turn Around Illinois" efforts.

Uihlein, who's U-Line headquarters is now located in Wisconsin, donated $2.5 million earlier this year to the federal Uninhibited PAC which produced ads for now-withdrawn presidential candidate Governor Scott Walker. Along with Uihlein and his wife, members of the Ricketts family, the Duchossioss family and one member of the Fitzgerald family also contributed to the pro-Walker PAC.