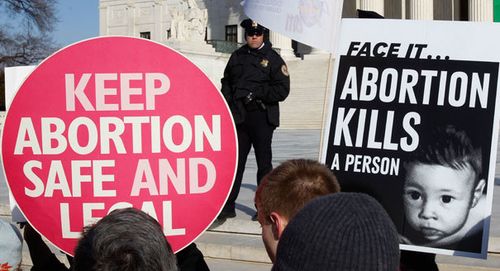 SPRINGFIELD – Should the Illinois Republican Party have a platform plank that addresses the life issue? It's controversial and uncomfortable and for many, an issue that divides.

Thursday, the Illinois Right to Life, a non-partisan organization, sent out a list of pro-life bills that have not been allowed to proceed in the Illinois legislature simply because pro-abortion activists dominate both chambers' leadership teams.

Thus, incidentally, they spelled out a need for partisan pro-life support.

"Let me be frank: it is a bear to pass pro-life legislation right now. But it hasn't always been that way and it certainly wont stay that way," wrote Emily Zender, IRL's executive director. "Even if legislation isn't passed, it is an extremely powerful educational tool to teach political leaders, the media, and voters on the life issues.

"The pro-life movement is like the energizer bunny… we will not tire as we work to turn Illinois pro-life," Zender wrote. "Too much is riding on it, so bring on the challenge."

HB 4421 –This bill would prohibit abortions after 20 weeks. Research shows that abortions done after 20 weeks can greatly increase the risks of complications to women's health. Science also shows that at 20 weeks an unborn child can feel the pain of being dismembered by an abortion. This bill is led by Rep. Terri Bryant (R) 115th District.

HB 5686 –  In response to the undercover videos showing Planned Parenthood selling baby body parts, this bill was proposed to clarify and prohibit the donation or sale of fetal parts or tissue. This bill is led by Rep. Peter Breen (R) 48th District.

HB 5817 – Pro-choice activists say that abortion is safe and that complications are rare. However, abortion clinics are not currently required to publicly report deaths or complications from abortions unless there are over 50 of them! This keeps women in the dark about actual risks with having an abortion. This bill would require abortion clinics to report deaths or complications from abortion operations to the Illinois Department of Public Health if there were 5 or more. This bill is led by Rep. Barbara Wheeler (R) 64th District.

HB 6078 – This bill would require abortion clinics be inspected regularly and licensed by the state of Illinois. Currently, no Planned Parenthood in Illinois has a license nor has received a health and sanitary inspection since 1999. Nursing homes, tanning salons, and Chicago Restaurants are inspected an average of once every year while abortion clinics are inspected an average of once every nine years. This bill is led by Rep. Sheri Jesiel (R) 61st District.