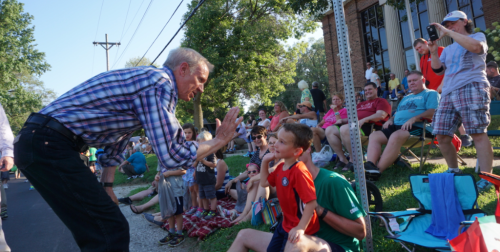 “The 2016 State Fair is shaping up to be a great event for Illinois,” Governor Rauner said. “This year’s theme is Producing our Future, and has something for those of all ages to enjoy. I hope to see everyone here in Springfield to celebrate our state, this great industry, our farmers and the next generation of Illinois agriculture.”

At the conclusion of the parade, the Governor attended the inaugural Preview Night Show at the Illinois State Fair Grandstand and welcomed everyone to the great state of Illinois. This event included a free program to learn about the new exhibits and features of the Illinois State Fair. The program concluded with a concert by the grand marshals, The Chicago 6, and a fireworks show.