Thorner: Can Trump bring jobs back to US, or will labor shortages block the dream? 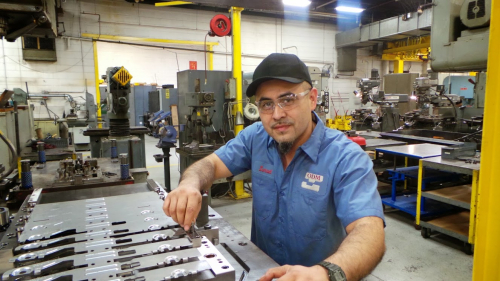 US Manufacturers are having a difficult time finding team members

On Tuesday, February 13, 2018, an eye-opening view of what President Trump faces took place when in a public meeting with members of Congress, the Cabinet and Trump and Pence called to deal with Trade, Infrastructure & Technology.  A transcript of the meeting can be found here.

The meeting was scheduled as Trump is considering whether to proceed with limiting imports of steel and aluminum for national security reasons.The Commerce Department last month completed the pair of Section 232 investigations and sent the reports to the White House. Trump has about two months left to decide whether and how to proceed with tariffs, quotas or a combination of both.

The meeting was a listening session during which lawmakers were permitted to air their concerns and priorities to the administration. During the meeting President Trump listened to bipartisan members of Congress having a spectrum of opinions on trade matters.  For the President the meeting was part of his commitment to ensure fair and reciprocal trade policies that support not only the American worker but will also grow the American economy.

During the listening session Republican lawmakers in attendance, one-by-one, took the bait and fully exposed themselves. Taking turns telling POTUS to quit trying to save American high-wage jobs, drop the national economic view, and just accept multinational corporate globalism were Lamar Alexander, Mike Lee, Pat Toomey and Roy Blunt, in what amounted to a full-throated establishment display of their disagreement with Trump's America First philosophy.

Even so, it was Republican Senator Ron Johnson from Wisconsin who really went the full distance with these remarks:

“In Wisconsin, a big manufacturing state, in seven years I have not visited one manufacturer that could hire enough people. That was certainly my experience in the last 20, 25 years. For a host of reasons, we tell our kids you have to get a four-year degree. We pay people not to work. So we do need to be concerned about, in such a tight labor market, do we have enough workers in manufacturing. So my final point is, it makes no sense for me to try and bring back high labor-content manufacturing to America. We need to do the value-added things. And so I would just say, proceed with real caution there.”

“Most people are becoming increasingly aware of the Republican agenda to keep the interests of multinational corporations at the top of their priority list; however, it is still rather remarkable to listen to an entire room of them admit, openly, their agenda is to work against the U.S. middle-class, support mass immigration, and keep the U.S. economy on the “service-driven” path.”

Might it be better for Senator Johnson to look to his own backyard?  Johnson will have little help from D.C. now that Priebus is no longer in D.C, Paul Ryan has hinted about retiring, and Scott Walker has a 50% disapproval rating.

Many Wisconsin Trump voters are tired of supporting every freeloader on welfare of some sort (including “higher” education that just dispenses politically correct propaganda rather than life skills for success), while they slave away for relatively low wages in Johnson's factories.

It's insane for us to depend on China to produce goods critical for our national defense. There is also a limit to how much we can trust Mexico and Canada which are increasingly run by left wing presidents.

Instead of grandstanding by attacking Roy Moore, asking for more H1-B wage slaves, and supporting more boondoggles with the latest budget agreement, Johnson should be applauding Trump's education and welfare initiatives that will generate the workers he claims he can't get. But like most, Senator Johnson thinks all he needs is Bezos' money.

Senator Johnson is a symbol of everything that is wrong in today's Republican Party.

By Illinois ReviewOn Monday afternoon, Chicago Republican Committeewoman Lynn...
Previous article
Di Leo: Judging a Book by its Cover is More Dangerous than Ever
Next article
Thorner/Ingold: Are Florida gun laws to blame for this week’s school shooting?